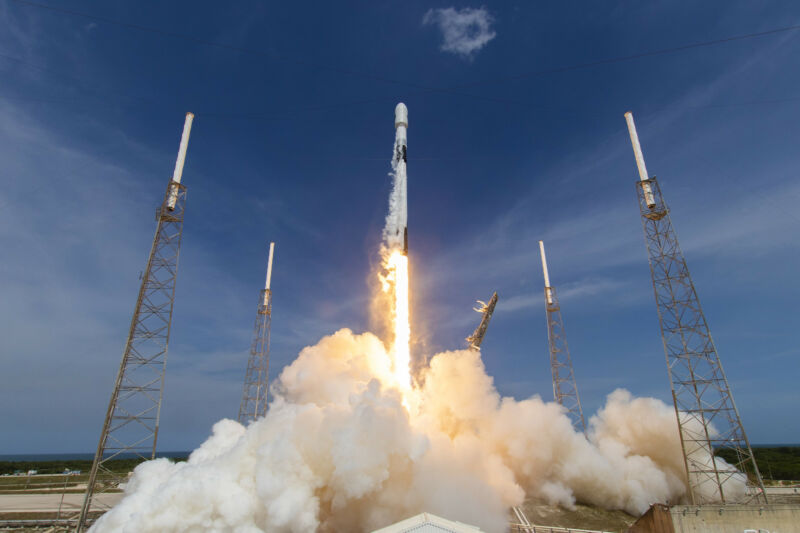 On Friday, the US Space Force said it would launch two critical Global Positioning System missions on a used Falcon 9 rocket next year.

Doing so will save the military $52 million, officials said, as SpaceX agreed to lower compensation for the two missions in return for flying used hardware. This represents a significant step by the Space Force toward validating the use of flight-proven first stages of a rocket for the most critical national security missions.

“We’re looking forward to this journey with SpaceX as we get even more experienced with them and reusable hardware,” said Walter Lauderdale, Space and Missile Systems Center Falcon Systems and Operations Division chief, in a call with reporters.

SpaceX previously launched a GPS mission for the US military (GPS III-01) in late 2018 and again in June of this year (GPS III-03). The rocket company is set to launch another one of these navigation satellites (GPS III-04) as early as Wednesday, Sept. 30. These flights were, or will be, flown on new rockets.

Now, the Space Force and SpaceX have agreed to contract modifications that will allow for the launch of two more GPS III missions (05 and 06) on reused Falcon 9 first stage rockets. This was enabled by the fact that the Space Force agreed to allow the GPS III satellites to be launched into a different orbital perigee. This change came after the first GPS III launch, in 2018, when there was no first stage recovery attempt.

Because of this change, SpaceX was able to recover the Falcon 9 first stage flown on a GPS mission in June, and the company will recover the booster on future GPS missions. In return for this, SpaceX agreed to some additional spacecraft requirements for future missions—and saved $52 million for the US government.

As part of these missions, the Space Force plans to better understand the functional lifetime of a Falcon 9 booster to further enable reuse of rockets in the future. “SMC’s commitment to innovative partnerships and working with the commercial sector while maintaining our mission assurance posture and mission-success record cannot be understated,” Lauderdale said.

SpaceX welcomed the US government’s accommodation.

“SpaceX is proud to leverage Falcon 9’s flight-proven benefits and capabilities for national security space launch missions,” said Gwynne Shotwell, SpaceX’s president and chief operating officer, in a statement. “We appreciate the effort that the U.S. Space Force invested into the evaluation and are pleased that they see the benefits of the technology. Our extensive experience with reuse has allowed SpaceX to continually upgrade the fleet and save significant precious tax dollars on these launches.”

Just how hot is that pepper? New chili-shaped portable device could tell you