String of Firms That Imploded Have Something in Common: Ernst & Young Audited Them

This year, $2 billion is missing at a German fintech company, $300 million of sales has been found to be fabricated at a Chinese coffee chain and $5 billion in undisclosed debt has been uncovered at two related companies listed in the U.K. Together, the incidents cost shareholders of the companies roughly $30 billion.

EY is one of the Big Four accounting firms, whose audits are meant to give investors confidence in companies’ figures. EY missed red flags or failed to aggressively pursue them at some of the companies ahead of their scandals, and for the most part it was outsiders who raised questions first, a review based on publicly available documents and interviews with people close to the events shows. Now, regulators are scrutinizing EY’s work.

EY says it stands by its work and has high global audit standards. The firm says it played key roles in uncovering fraud at two of the companies, and it says China’s regulator has found it to be prudent and independent.

The firm also recently said that auditors must play a bigger role in detecting fraud at companies, which would represent a U-turn in an industry that for long has denied that was part of its job.

While it wasn’t possible to pinpoint why EY has had so many recent audit clients with financial scandals, certain elements of EY’s business strategy might help explain the cluster of blowups.

EY had ties with executives and board members at some of its troubled audit clients. In some cases, former EY partners sat on the companies’ boards, including on their audit committees. 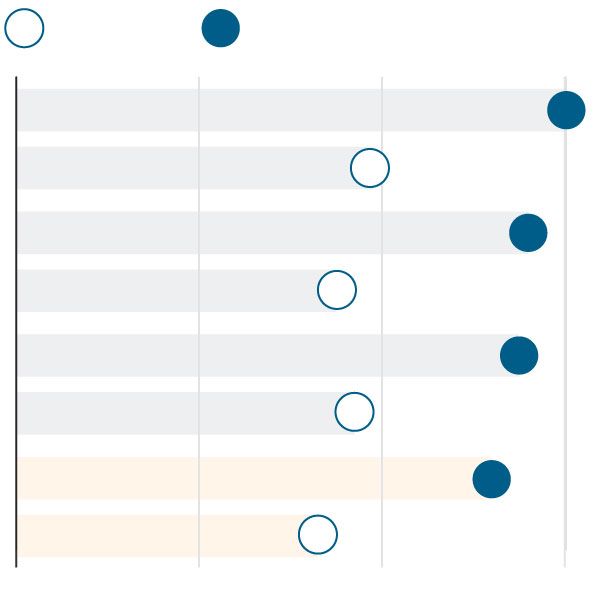 EY charges lower fees for audits, which are labor intensive and time consuming, than other Big Four firms in the U.S. and Europe on average, an analysis of data from research firm Audit Analytics shows.

having worked with several since they went public.

EY has a history of trying to attract companies gearing up to go public, developing relationships with venture-capital firms that fund them, said

, a former U.S. Securities and Exchange Commission chief accountant. EY prices its audits “exceedingly competitively low to attract these companies with the hope that when they go public, they will make up for the initial discounts of audit fees,” he added.

Auditors’ fees are paid by companies being audited, an industry practice that, besides being widely seen as a conflict of interest, puts pressure on accounting firms to offer low-cost audits and limits the resources they can afford to devote to the task.

Large accounting firms in general have become increasingly reliant on other services such as consulting, tax and legal work, which require maintaining close relationships with client companies. EY is part of that industry trend. Its audit and related work provided almost half of revenue 10 years ago but now is down to 34%, roughly in the middle of the pack for the Big Four firms.

A spokeswoman for EY said auditing and related services remain the cornerstone of its business. Though it has diversified, “our commitment to audit has never wavered,” she said. EY has separate firms for each country, which follow the country’s audit rules and answer to its regulators.

One of the biggest blowups at EY-audited companies this year involved Wirecard. The payments processor first hired EY back in 2008 to look into shareholder allegations that Wirecard counted customer deposits as its own cash and that margins were suspiciously high. EY found nothing wrong and the next year became Wirecard’s auditor.

Suspicions, including whisteblower allegations, continued to follow Wirecard for years, and in June the company collapsed after some $2 billion it claimed to have in trustee-controlled bank accounts in Asia couldn’t be found.

Much of the cash was supposedly held by Citadelle Corporate Services in Singapore until late 2019. EY, in auditing Wirecard’s books, failed to notice that Citadelle wasn’t licensed to operate a trust business, something that can be checked on a Singapore government website. Singapore authorities have charged the owner of Citadelle with falsifying letters confirming bank balances. The owner,

EY declined to comment on the trustee’s license. It also declined to say whether it had asked the Singapore bank listed by Wirecard as holding the trust accounts to confirm their existence.

EY eventually realized that the money, by then supposedly held by another trustee, was missing. This followed alerts raised by another audit firm, KPMG LLP, which was doing an in-depth look at accounts at Wirecard’s request.

EY has said it had been provided with false bank confirmations and statements pertaining to Wirecard escrow accounts for the 2019 audit. “It was ultimately the work of EY Germany that exposed a fraud expertly designed to circumvent all the checks and balances,” EY said.

EY faces shareholder litigation as well as scrutiny by Germany’s regulator of auditors, known as Apas. EY said it is cooperating with investigators.

Wirecard’s former chief executive long denied any problems at the company. When a new interim CEO took over in June, the company said Wirecard had previously given incorrect descriptions of the part of its business that was at the center of the fraud. Wirecard now is in the hands of a court-appointed bankruptcy administrator.

The U.K.’s accounting watchdog, in its annual assessment of auditors this past summer, said EY auditors need to be more skeptical. “There should be more emphasis on challenge of management” at audit clients, said the regulator, the Financial Reporting Council. Two of EY’s clients with accounting issues were listed in London.

EY says it is launching a “redesigned audit quality strategy” that will include a continuing focus on “developing a culture of professional scepticism.”

In China, EY helped Luckin Coffee go public in May 2019. As the company expanded rapidly and challenged

in China, Luckin raised more money in a stock and bond sale in January 2020. EY issued a so-called comfort letter to that deal’s underwriters indicating EY had no issues with Luckin’s financial results for the first three quarters of 2019.

EY, which had begun its preliminary work on Luckin’s annual audit, assured Luckin’s board there were no issues, enabling Luckin to issue a rebuttal, according to a person familiar with the matter.

EY later realized there were in fact problems with the sales numbers. It first reached out to Luckin’s co-founder and then-chairman,

, and later told the Luckin audit committee. Just before it informed the audit committee, a Lu associate transferred the equivalent of $160 million from Luckin to another public company founded by Mr. Lu, according to the person familiar with the matter.

EY said it is a common practice to communicate suspicious activity to the personnel of a client before reporting it to the board.

In April, Luckin said an internal probe had found that some of its employees had fabricated about $300 million of revenue. They did this, The Wall Street Journal has reported, by booking large sales of coffee vouchers to little-known companies linked to Mr. Lu, in a process that dated to before Luckin’s IPO.

EY said comfort letters to underwriters, such as the one it issued in January finding no problem at Luckin, aren’t public and don’t have the effect of an audit opinion. “It was EY China’s audit teams that discovered the underlying fraud,” the accounting firm said.

Luckin still hasn’t released 2019 results. Luckin replaced its auditor last month. It attributed the move to “timetable considerations” and said it didn’t reflect any disagreement between it and EY.

EY had a professional relationship with Luckin co-founder Mr. Lu dating to eight years earlier, when he was taking public a car-rental company he had founded. EY still audits that company and until June also audited another company Mr. Lu started.

EY also had a relationship, via one of its former managers, with audit client WeWork, the provider of shared office space.

, was WeWork’s president and chief financial officer in 2017. That year, he appeared in an EY promotional video on

talking about connections among EY employees and alumni, who often work for companies audited by the firm.

“As I was making different career choices, there were a number of EY alumni that I bounced ideas off or gave me advice or frankly hired me….People are really happy to help EY alumni as they move through their careers,” Mr. Minson said in the video.

Asked if that reflected on the auditor’s independence, EY had no comment. Mr. Minson declined to comment.

EY signed off on WeWork parent We Co.’s accounts before its plan to go public a year ago. But investors grew alarmed about spotty financial disclosures, the company’s valuation tumbled, and it canceled the IPO.

Weeks after the bungled IPO plan, WeWork was bailed out by its largest investor,

EY also had ties, via former personnel, to two U.K.-listed companies with operations in the United Arab Emirates that ran into trouble this year. They were NMC Health and Finablr—companies that had the same founder, many shareholders in common and CEOs who were brothers.

Muddy Waters in December questioned NMC’s financial statements, including its reported debt level. NMC initially issued a rebuttal. A couple of months later, it said an independent review had uncovered undisclosed debt, in an amount eventually put at around $4 billion.

A forensic review commissioned by the founder then described alleged transfers to a board member who was one of the former EY partners.

, couldn’t be reached for comment. In resigning from the board of Finablr, where he also was a member, he said he knew nothing about hidden debt or related-party transactions there. He hasn’t been accused of wrongdoing.

NMC filed for bankruptcy in the U.K. and in the U.S. A spokeswoman for the company declined to comment.

The U.K.’s Financial Reporting Council opened an inquiry into EY’s audit of NMC, with which EY has pledged to cooperate.

NMC sister company Finablr also came under scrutiny from investors about potential related-party transactions and its borrowings, and was ultimately found to have about $1 billion of undisclosed debt.

Its board audit committee contained a former EY partner who had joined the Finablr board just a month after leaving EY.

EY signed off on that move in mid-2019. Then, when questions arose about Finablr financials in early 2020, EY requested that he leave, citing independence criteria for auditors.

, hasn’t been accused of any wrongdoing. He couldn’t be reached for comment.

EY resigned as Finablr’s auditor in March, without finishing its audit of the firm’s 2019 results, citing concerns over governance, related-party transactions and undisclosed debt.

Representatives of Finablr, which continues to operate, didn’t respond to requests for comment. Finablr previously said EY didn’t provide its board with any specific allegations or suspicious of wrongdoing or any irregularities. It said Mr. Hage resigned following EY’s request.

If there’s fraud at a company, should auditors be expected to detect it? Join the conversation below.

In April, EY lost a lawsuit in the U.K. High Court by a former partner, who alleged that several years ago, EY officials suppressed his findings of potential money laundering at a client so that EY could keep the client and wouldn’t clash with a powerful government body in Dubai.

The judge criticized a senior EY executive involved in the matter for never having read the International Federation of Accountants code, which sets standards for the profession. EY is appealing the ruling. “All rules were followed,” the EY spokeswoman said.

—Paul J. Davies and Rory Jones contributed to this article.