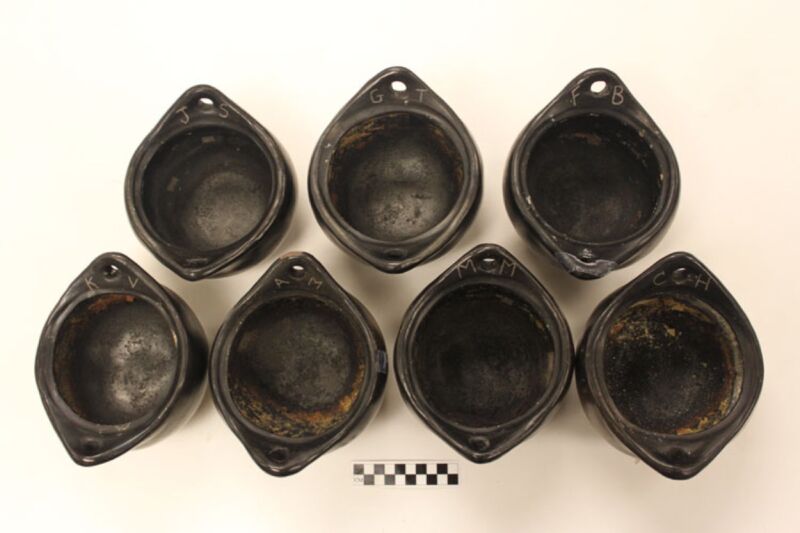 Archaeologists are fascinated by many different aspects of cultures in the distant past, but determining what ancient people cooked and ate can be particularly challenging. A team of researchers spent an entire year analyzing the chemical residues of some 50 meals cooked in ceramic pots and found such cookware retained not just the remnants of the last meal cooked, but also clues as to earlier meals, spanning a pot’s lifetime of usage. This could give archaeologists a new tool in determining ancient diets. The researchers described their results in a recent paper published in the journal Scientific Reports.

According to co-author Christine Hastorf, an archaeologist at the University of California, Berkeley (UCB), the project has been several years in the making. Hastorf has long been interested in the relationships between people and plants throughout history, particularly as they pertain to what people ate in the past. Back in 1985, she co-authored a paper examining the isotopes of charred plant remains collected from the inside of pots. She has also long taught a food archaeology class at UCB. A few years ago, she expanded the course to two full semesters (nine months), covering both the ethnographic aspects as well as the archaeological methods one might use to glean insight into the dietary habits of the past.

The class was especially intrigued by recent molecular analysis of pottery, yet frustrated by the brevity of the studies done to date on the topic. Hastorf proposed conducting a longer study, and her students responded enthusiastically. So they devised a methodology, assigned research topics to each student, and located places to purchase grain (maize and wheat from the same region of the Midwest), as well as receiving venison in the form of donated deer roadkill. She even bought her own mill so they could grind the grains themselves, setting it up in her home garage. 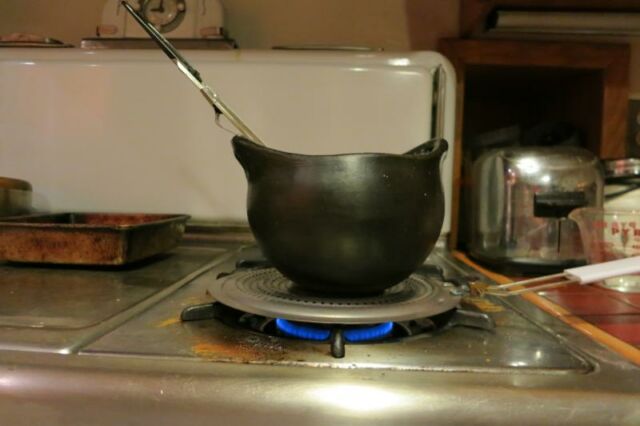 Enlarge / A La Chamba ceramic pot in use during the experiment.
UC-Berkeley

For the pots, they opted for newly purchased unglazed La Chamba ceramic pots—robust, black clay cookware whose usage dates back to pre-Columbian South America. Every student received a homemade stirring stick culled from the apple tree in Hastorf’s backyard for cleaning the pots after each meal. Then they all got to cooking.

“We spent a year cooking—once a week for 52 weeks,” Hastorf told Ars. Every eight weeks, they would burn the meal and take samples of that charred residue for analysis, as well as the carbonized patinas that formed over time. For the analysis of the fatty lipids absorbed into the clay cookware, they partnered with Richard Evershed’s lab at the University of Bristol in England. Evershed is a master of studying the organic reside inside ceramics: milk products and meat, especially. Until Hastorf contacted him, he had not focused on plant matter, however—another important addition this project has made to the field.

Granted, Hastorf and her team did not use “recipes” in the modern sense. The “meals” consisted of just three ingredients in six different combinations: maize, milled wheat, and venison, plus a bit of water. They did have some recipes where the maize was made into a hominy by adding lime extract, however. “It was a goopy thing on the stovetop, and it wasn’t palatable,” said Hastorf of their creations. “We never thought of putting it in our mouths. That was not part of the equation of this scientific experiment.” 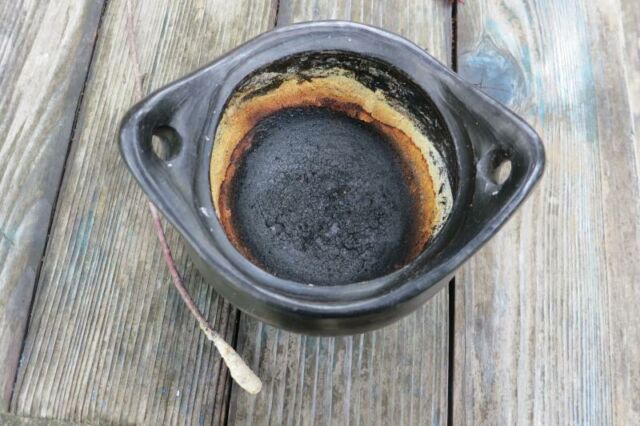 Enlarge / Residue inside a La Chamba pot after cooking a meal.
UC-Berkeley

The idea was to control the number of variables for a more rigorous experiment. “We wanted to keep it simple and control the molecules,” said Hastorf. “You start adding salt and you’re changing everything. And we wanted to keep it diagnostic. We chose the foods based on how easy it would be to distinguish the chemicals in the food from one another and how the pots would react to the isotropic and chemical values of the food. The bottom line is that maize is a C4 plant and wheat is a C3 plant, so they’re going to pattern very differently [in the isotope analysis].”

“We can study an array of plants and animals from that region and start reconstructing both what the pot cooked in its lifetime, but also what the last meal had been, because we know that last charred encrustation is pretty much the remains of the last meal cooked in that pot,” said Hastorf of the findings. “The thing that was new was that we cooked for so long, over time, and you could see the variability in those pots. So we can say, ‘Yeah, this pot really only cooked maize. They didn’t cook beans in this pot.'”

“Our data can help us better reconstruct the meals and specific ingredients that people consumed in the past which, in turn, can shed light on social, political, and environmental relationships within ancient communities,” said study co-author Melanie Miller, now a postdoctoral scholar at the University of Otago in New Zealand. “We’ve flung open the door for others to take this experiment to the next level and record even longer timelines in which food residues can be identified.”