After being purged from Facebook and Twitter, Trump supporters and far-right groups are turning to smaller platforms that either promise to be bastions of free speech or operate with limited policing, and while some of these platforms have embraced the newcomers, others are stepping up their moderation efforts. 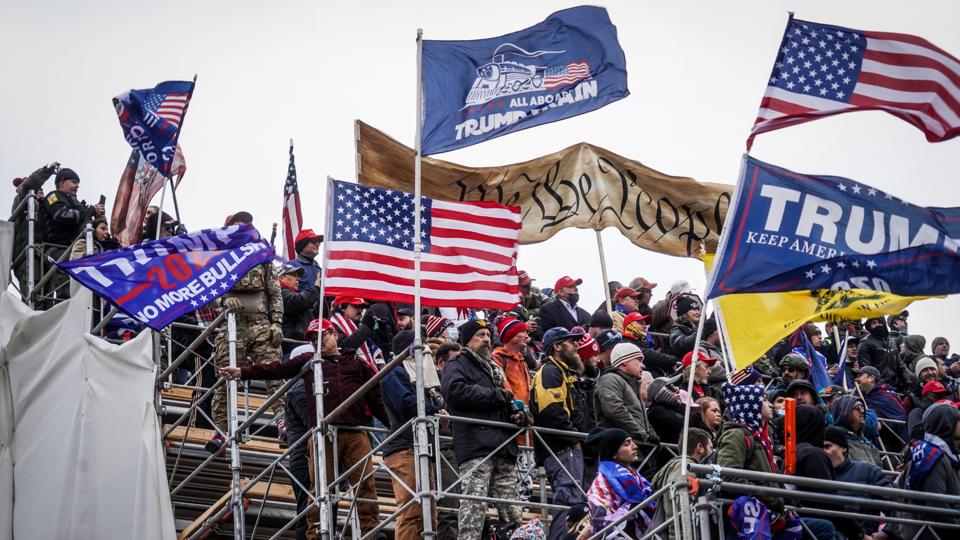 While platforms like Gab are cheering on the influx of far-right users, others have vowed to step up … [+] moderation.

Traffic has surged on Gab, a right-wing alternative to Twitter, mostly from new members who are Trump supporters, believers of the QAnon conspiracy theory and other right-wing extremists.

The platform, which has been joined by several prominent right-wing extremist figures, said Wednesday it has had 1.7 million signups and clocked 52 million page views in the past week.

While Gab’s claims have not been independently verified, publicly available data from web analytics firm Alexa and Google Trends show a significant spike in interest in the platform in the past month.

Downloads of the app for Rumble, a conservative alternative to YouTube that’s supported by pundits and Rep. Devin Nunes (R-Calif.), doubled in the last week, according to Axios.

Social media platform MeWe — which presents itself as an alternative to Facebook without targeted ads — was an unexpected beneficiary of the online migration in the past week, with the company’s app becoming the fifth most most popular free app on Apple’s App Store and Google Play on Monday.

While MeWe seems happy about the influx of new users, its CEO Mark Weinstein told Fortune that the platform will be “more vigilant” in moderating content and does not want to become an “anything goes” app.

Downloads of messaging app Telegram — already popular is Russia, Eastern Europe and parts of Asia — spiked last week and it has risen to No. 2 in the list of most downloaded free apps on Apple’s App Store since Monday.

The Guardian reported Thursday that members of a militia group that participated in the occupation of the Capitol last week used the walkie-talkie app Zello to coordinate the attack. One female militia member reportedly offered play-by-play updates to other members who were watching the events unfold offsite. Zello acknowledged its platform was “misused by some individuals” who stormed the Capitol and said it has moved to ban all militia-related channels, deleting more than 2,000 hours after the report was published.

Several experts who follow extremist movements have cautioned that banning them from mainstream platforms may not stop them and could drive them further underground. Of particular concern is the embrace of messaging apps like Signal and Telegram, which allow users to encrypt their communications (Signal does this by default) making it impossible for law enforcement and intelligence agencies to monitor them. For most of the 2010s, the terror group Islamic State used Telegram as an effective recruitment and propaganda tool for its wars in Iraq and Syria. The jump in use of Signal and Telegram over the past week has also been driven by a backlash against Facebook-owned WhatsApp, which updated its privacy policies this month to allow it to share more data with its parent company.