The Hard Seltzer Market Is Getting More Crowded

While White Claw and Truly still control the lion’s share of the hard seltzer market, 75% as of June 13, 2020, according to Nielsen data, they are facing ever more competition as new products hit the market. The massive growth of the global hard seltzer market is a Pied Piper call to numerous large brewers and other companies searching for bottom line profits. Forecasts call for sales to hit $4.1 billion in 2020, on 160% growth. Those are heady numbers. Ones only helped by the pandemic lockdowns that drove more consumers than ever to search out products that they perceived as healthy to introduce into their lives. Many see no end in sight, with Goldman Sachs GS recently stating that they expect the Hard Seltzer market to reach $30 billion in sales by 2025.

All of this is against the backdrop of a continual decrease in sales in the overall beer market in general, of which the hard seltzer category is a part. Coming into last year U.S. beer volumes were down 1.6% for 2019 according to a report released by the Brewers Association, and a recent report they released predicted an 8% drop due to COVID related disruptions to on-premise businesses.

Nowhere is the demand for new and exciting new products more evident than in Constellation Brands STZ launch of Corona Hard Seltzer. It hit the market in February 2020 with one SKU, right as the pandemic settled in, yet it resonated with consumers. So much so that it finished the year in the number four position in the hard seltzer category. In the company’s recent third-quarter earnings call, CEO Bill Newlands said that plans call for introducing a variety pack in early 2021, the reintroduction of Corona Refresca, a product discontinued when pandemic supply issues forced them to prioritize products, plus another new seltzer entrant later in the year. They also are in the midst of a 5 million hectoliter expansion of their Obregon facility that should be completed in early 2022 to handle demand. 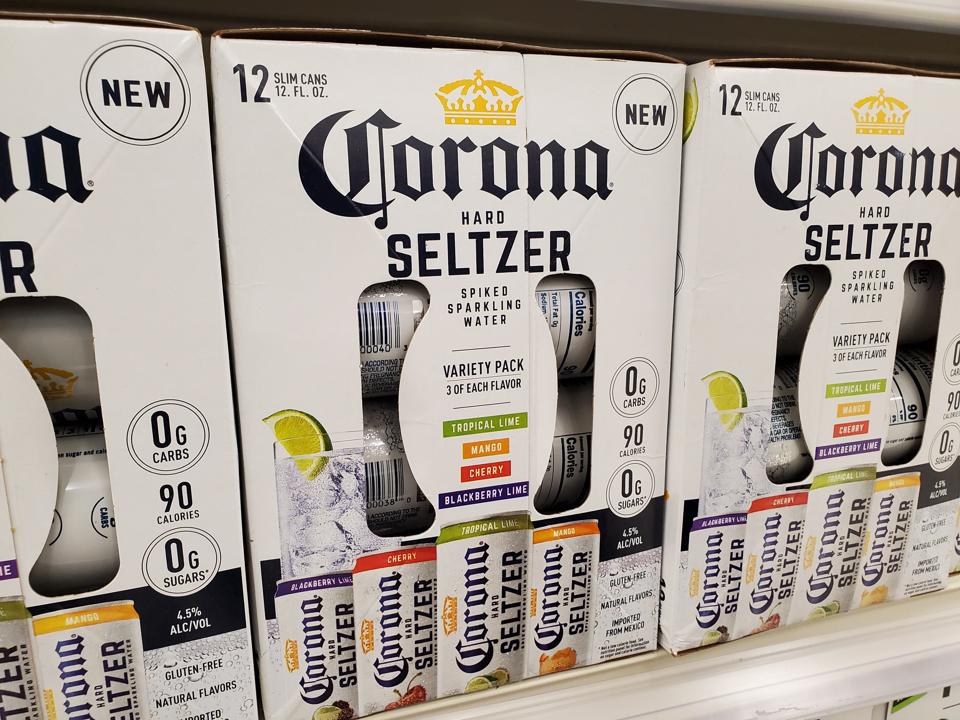 As the global leader in Seltzer consumption with over 70% market share, numerous launches have been announced for North America this year. Attempting to replicate the success of Truly Hard Seltzer Lemonade launched in January 2020, both AB InBev and Mark Anthony’s (the owners of White Claw) are rolling out new products during the first quarter of the year. Bud Light Seltzer will hit shelves in January, and Mike’s Hard Seltzer in March. Both will be offering a full lineup of products.

Amid A Terrible Time For Restaurants, Some Are Still Taking The Risk Of Opening New Eateries

Several other new products will attempt to grab consumer’s attention too. Topo Chico Hard Seltzer, a joint venture between Molson Coors TAP and Coca-Cola KO , is targeting a Hispanic audience and Michelob Ultra Organic Seltzer is aiming for higher-end consumers. While White Claw and Truly are introducing tea flavors to try and create a new segment. 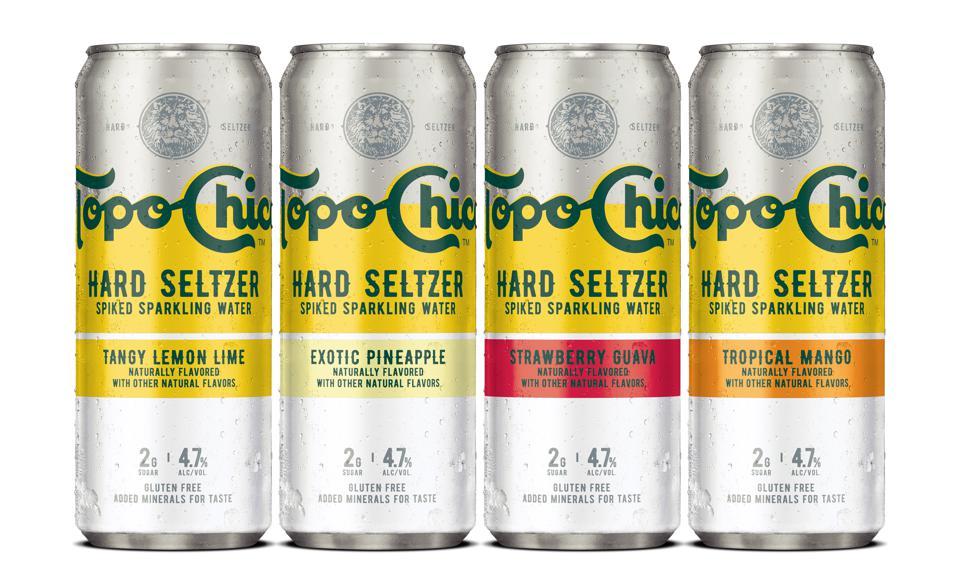 Topo Chico Hard Seltzer’s is a joint collaboration between Coca-Cola and Molson Coors.

As consumers increasingly look for healthier gender-neutral alternatives in products, it seems that hard seltzers are perfectly positioned to fill their needs. Packaged in cans, they are portable and recyclable, two trends that resonate with today’s consumers. While their share growth is impressive, it is coming at the expense of established products such as wine, soda, and the aforementioned beer. Their explosion in popularity over the last few years shows no signs of cooling off. According to Goldman Sachs, 93% of retailers they surveyed planned to increase the product’s shelf space this year. It seems that they are here to stay.