The Roborock S7 Is My New Robovac Champion 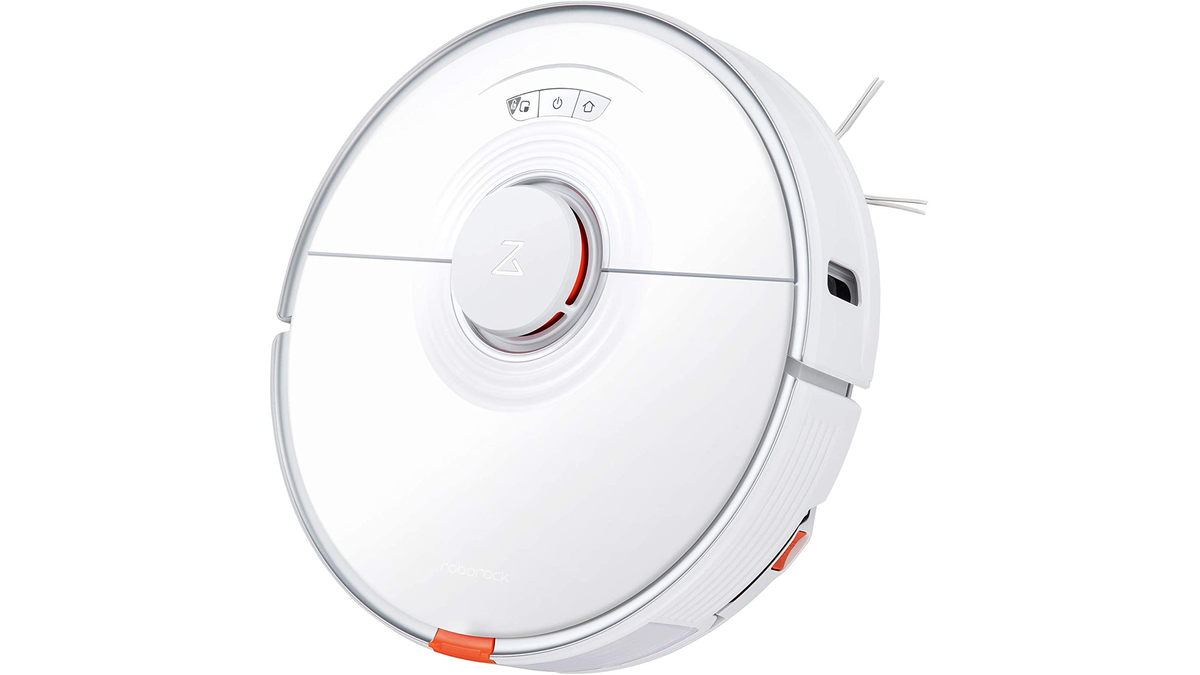 With a global pandemic, development of new robovac tech slowed down right when we needed new bots the most. Day after day, puttering around our filthy homes, we just want a robovac to take care of the place for us. Something that can vacuum and mop at the same time without driving us crazy while doing it (either from being too loud or too stupid).

The Roborock S7 is here to do just that.

The S7 is the latest vacuum/mop combo from Roborock. They’ve packed it with a more powerful suction motor (2500PA), an all-rubber main brush (to resist hair tangles), and, more importantly, their new and improved “sonic scrubbing” mop which vibrates the mop pad at up to 3,000 cycles per minute. The S7 also auto-detects carpet and lifts the mopping pad so that it can both mop and vacuum at the same time.

How Does It Work?

The S7 is amazing. This is the robovac that I’ve always wanted. The problem with Roborock’s mopvacs before now is that you have to run separate cleaning cycles, meticulously marking on the map in the app where you don’t want it to mop.

The auto-detect carpet function takes care of this. As soon as the S7 travels head-on onto carpet, it raises the mop pad up 5mm so that it’s not dragging along your rug (if you have shag carpeting you’ll still need to have the S7 steer clear). The other element of the auto-detect is that the S7 increases the suction when it’s on carpeting, getting at deeply embedded dirt.

The end result is that instead of a cleaning cycle taking an entire day, the S7 is back at its base and charging in a couple of hours. It may need to head back and top itself off before heading back out to finish the job but it does finish. I had combo jobs on linked machines from other companies that never actually finished because the combined clean cycle took 12 hours or more.

The S7 is an efficient cleaner, grabbing plenty of dirt and scrubbing away a fair amount of grime. The floating rubber brush is self-adjusting on multi-level surfaces and keeps itself mostly free of tangles (I never had to clear away hair in my hair-tumbleweed prone home).  The mop pad doesn’t quite cover as much area as you expect it to, but the S7’s intelligent back and forth tracking mostly takes care of this, overlapping its previous path in a room. This is no “bump and go” bot. It knows where it’s cleaned and has a plan to cover the entire room. And when you pop the mopping pad off to clean it at the end of the cycle for the first time, you’ll likely be as grossed out as I was seeing how much dirt it scrubbed off your floors.

My only real issue with the Roborock S7 is that it doesn’t use the dual-camera system of its predecessor, the S6 MaxV. That bot is able to see and avoid common robovac obstacles, like cords and shoes and…ahem…pet waste. The S7 is pretty good at keeping itself from getting stuck but it isn’t foolproof – it had issues with shoes and my treadmill. If it had the dual-camera system, it would be the ultimate “set it and forget it” robocleaner.

You do still have to empty the bin manually, which is a bit of a pain. That bin is also surprisingly small given how large the unit itself is. Roborock teases a self-emptying system that the S7 will be compatible with on their website, but it’s not yet offered. Hopefully we’ll see that later this year.

I appreciate that the mop pad and vacuum filter are both permanent and washable (though I do wish they included more than one of each in the box so that the bot could operate while the first set was drying). The app is great at reminding you when you need to clean various sensors so that the S7 stays at the top of its cleaning game. You can also do expected robovac things in the app, settings schedules and cordoning off virtual areas that you don’t want the bot to go. It’s just as responsive, if not more so, than other robovac apps.

Where Can I Get It?

I’ll be the first to admit, the Roborock S7 has some “previous gen robovac” issues. The bulky body and relatively small brushes and bin are an anomaly in a market where smaller housings hide enormous brush paths and voluminous bins. The lack of self-emptying is disappointing as well.

But the Roborock S7 delivers in the one category that actually matters: autonomy. When I set the S7 to a job, I know that I won’t have to do anything except refill the mopping tank and do some cleanup on the unit when it’s done working. It won’t lock itself in a room, suck up my curtains, or drive itself into a corner and beep forlornly until I come and turn it around (all of which have actually happened with other bots I’ve reviewed).

At $649, it’s considerably cheaper than buying a two-robot vac/mop team and the improvements to the mop system alone justify spending more than other all-in-one machines. The auto-raising mop pad changes the game on robovacs substantially. This is the feature that other companies have to include on their mopvac bots or they’re going to be left behind.

The Roborock S7 was out of stock for a bit after its launch earlier in April but it’s in stock now on Amazon.