The Small European Airline Every Investor Should Own

It is the worst of times, it is the best of times—at least for Hungarian airline
Wizz Air.

News that Pfizer’s coronavirus vaccine was 90% effective in a trial gave aviation stocks a massive boost Monday. This is the kind of catalyst that could finally dim markets’ love of technology shares and rekindle affection for sectors hit by Covid-19.

Yet many uncertainties still surround the vaccine and the economic impact of the pandemic. Given that U.S. and European airline stocks have already risen, respectively, 15% and 20% in one day—and were poised for big gains Tuesday as well—investors should think carefully before abandoning growth-related bets to embrace the aviation rally.

Wizz could be one corner of the market where they can fulfill both ambitions.

It remains the European carrier with the lowest unit costs—beating even Ireland’s
Ryanair
—because of cheap labor and an increasingly modern fleet, notably including the Airbus A321, an elongated version of the workhorse A320 that fits more people. Wizz’s core Eastern European market is poised to grow long-term as more people achieve middle-income status. And it also is unusually resistant to travel disruptions due to migration patterns within Europe: A whopping 65% of Wizz’s passengers are typically traveling to visit friends and family. 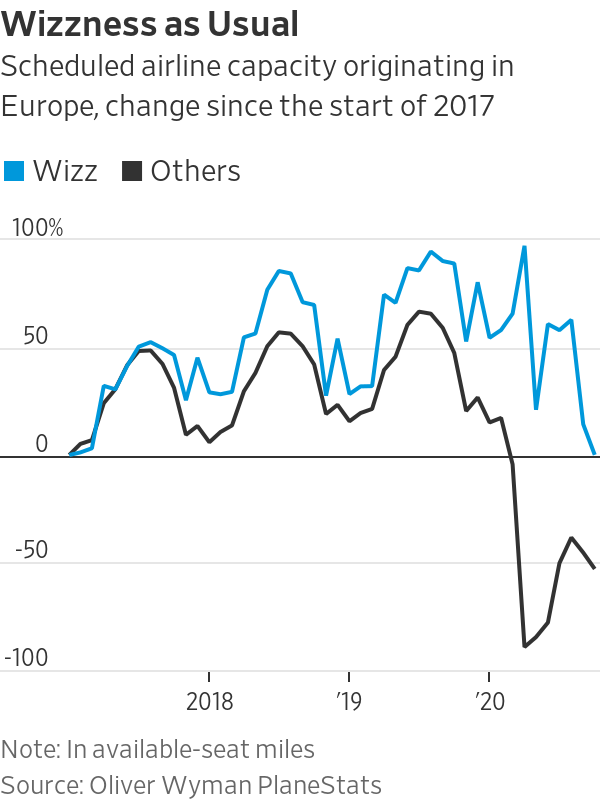 This explains why the Budapest-based airline kept flying 70% of its usual capacity in the second quarter, becoming the largest carrier in Europe. That lead has since evaporated, but Wizz’s willingness to turn Covid-19 into an opportunity hasn’t.

As recently as 2017, Wizz was a niche airline with no bases in Western Europe. Now 20% of its fleet is there, data by Bernstein Research shows. Recently, it inaugurated a second base in Italy to fill the void left by ailing state-owned carrier Alitalia, as well as one in Oslo. The latter is its first foray into the well-guarded Scandinavian market, which could become easier to break into:
Norwegian Air Shuttle
warned Monday that it may not survive, after being denied further aid by its home government. Wizz also will build a low-cost hub for the Middle East from Abu Dhabi.

“The whole status quo is going to get upset,” said Wizz Chief Executive József Váradi, who helped start the airline in 2003.

It is bold but not unprecedented. Ryanair was the same size as Wizz 15 years ago. Since then it has returned 400% to investors, despite its shares trading for around 20 times earnings back then. Wizz stock changes hands for 17 times 2019 profits following Monday’s rally. 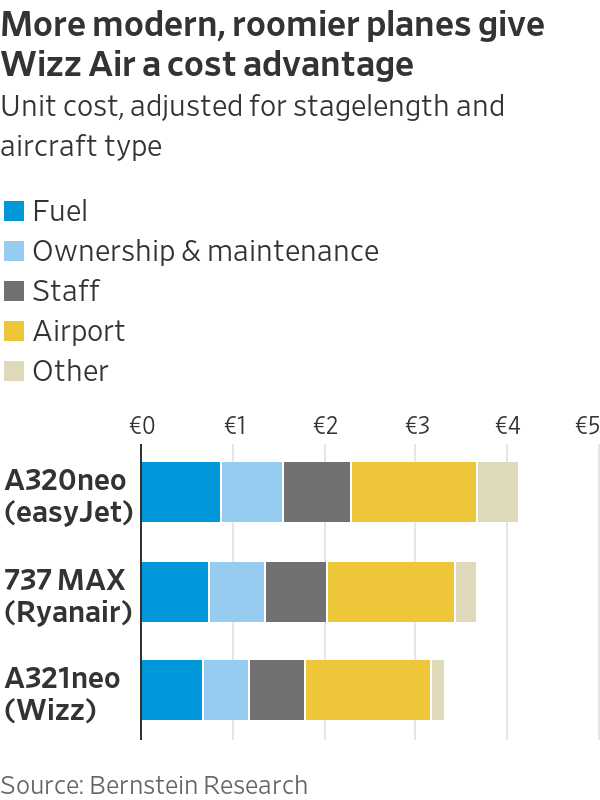 Being the next Ryanair should be enough to convince many investors. But Wizz also offers the promise of another kind of disruption: Finally cracking open the low-cost market for six-to-nine-hour flights at a large scale, which may be aviation’s greatest growth opportunity.

From 2023, it plans to take delivery of a new extra-long-range variant of the A321 jet. Mr. Váradi has been cagey about his plans, but it could open up new budget point-to-point routes to Africa, Asia and, eventually, the U.S.—perhaps succeeding where Norwegian failed. 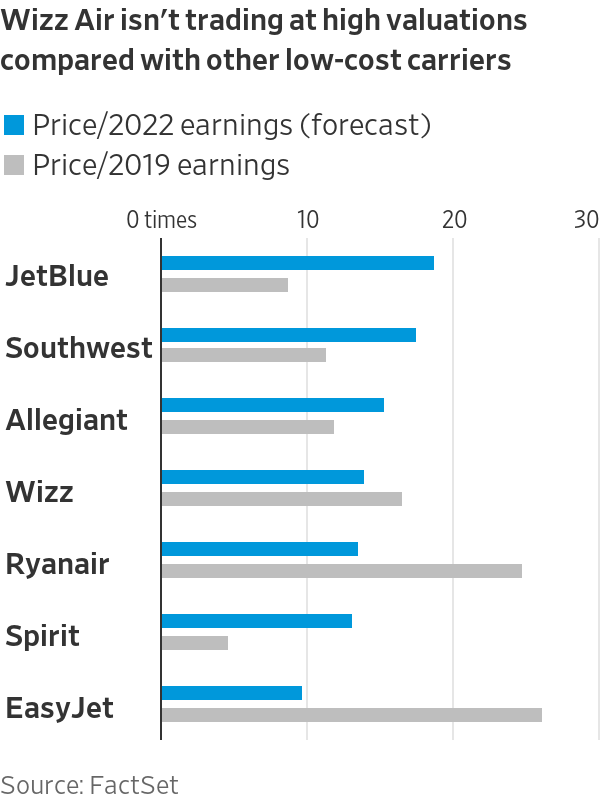 Of course, there are risks. Wizz competes on almost 40% of its city pairs with Ryanair, raising the possibility that the two strongest European airlines will take bites out of each other with aggressive discounting. They both have big cash buffers, though, which allows for flexibility.

How to invest in battered airlines is one of the conundrums financial markets present right now. It can be done without a dash for trash.