The State Of Fashion Report— Sustainability Is No Longer Top Priority

Following the first installment of my deep-dive into the State of Fashion 2021 Report, I return to analyze the survey findings gleaned from over 300 fashion executives, alongside McKinsey & Company’s independent industry research. My aim? To understand the relationship between this year’s pandemic-induced supply chain crisis and the views and priorities of fashion executives who, to a large extent, steer the fashion industry. Sustainability is a much-debated and broad topic in the fashion industry. Achim Berg, a Senior Partner at McKinsey & Company and Leader of their global Apparel, Fashion & Luxury Group, explained that it encompasses social and environmental factors when addressed in the report. Given the urgency for climate action to achieve fixed emissions targets, along with the proven business opportunities sustainability offers, it seems a business-critical issue, but the survey results suggest otherwise.

Only 10% of executives surveyed see sustainability as a growth opportunity, as opposed to 30% who think digital (online retail) is the biggest opportunity. This appears to indicate that sustainability is still seen, predominantly, as a cost. This is concerning, as it demonstrates a swift regression from last year’s survey, where “respondents stated that “sustainability” will be both the single biggest challenge and the single biggest opportunity for the industry in 2020.” Covid-19 has shifted the online sales opportunity ahead of sustainability even though 30% of global brands have signed The Fashion Pact, committing to science-based sustainability targets for their organizations as part of their embedded strategy and operations. Segmentation of supply chain and sourcing intelligence is in line with the retail focus of the executives surveyed, but does it also suggest that last year’s enthusiasm for sustainability was through a retail and marketing lens, rather than as a business-wide imperative?

To provide additional context to the relative low prioritization of sustainability as an opportunity, Berg stated: “If I reflect on the last 15 years, (back then) it was good enough to sign a code of conduct. You went to a factory (to) tell them how to operate and rely on them to stick to the rules. We will only really take off (in this area) when (executives) realize that sustainability may incur some cost, but is also an opportunity.” To offer an economic example of sustainability gains, he cites the ‘End of Ownership’ theme in last year’s State of Fashion report, which has since led to global brands testing resale and rental models, and expansion from online stores to bricks and mortar retail—Selfridges is one example of this. Berg says that brands have started to see that “opening a secondary market is good for reducing (their) CO2 footprint,” however, many executives continue to be driven, predominantly, by cost. The next step would surely be for executives to determine sustainability opportunities across their supply chain in Tiers 1-4 (raw materials to garment production), where McKinsey & Company state in their Fashion on Climate report that over 70% of the greenhouse gas emissions occur. Perhaps the persistent belief held by executives that sustainability is not a business opportunity is partly due to the segmentation of supply chain intelligence from retail intelligence in fashion industry reports. Is there a case for unification of this intelligence as the industry attempts to ‘reset’ itself and change direction post-pandemic? 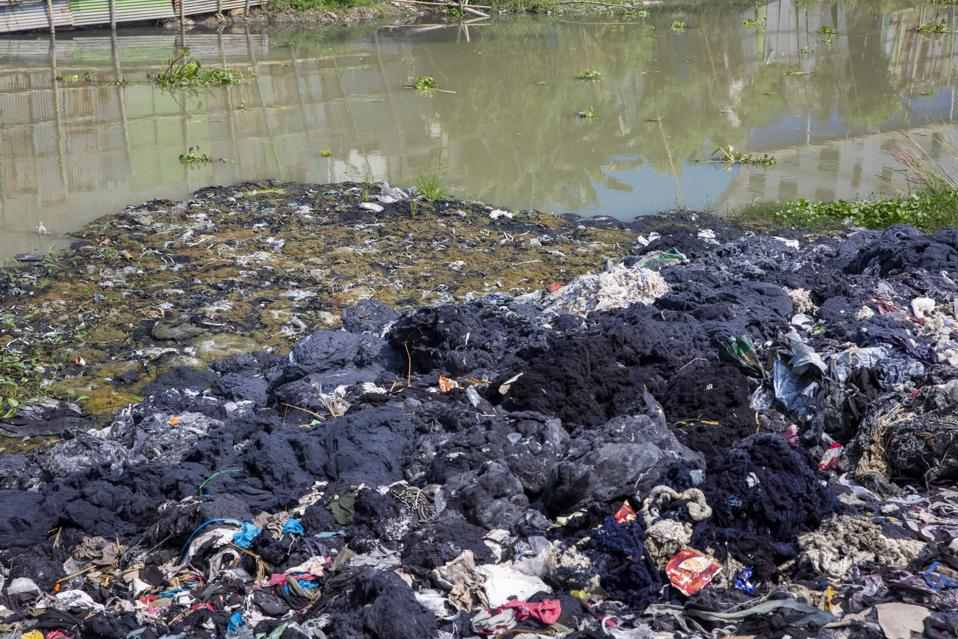 In Pictures via Getty Images

Looking back to retail lockdowns in 2020—the trigger for the slump in sales that resulted in mass garment order cancellations—Berg said: “I have to say, I didn’t see it coming in February.” “We never had consistent store closures in the West except during war.” He described retail in March and April as “paralyzed.” The sudden garment order cancellations by brands and retailers triggered a manufacturing sector disaster in Asia, particularly in Bangladesh, which relies on garment orders for over 80% of export revenue. Of the industry’s response, Berg said: “Super Winners (the top 20 brands/retailers by economic profit) were in a position to stick to their values and rules. Others had to safeguard some things first, and some behaved in a way they shouldn’t have. That has taken a toll on the production side. Some 10% of factories in Bangladesh are expected to not reopen. Consolidation is already underway.” Following considerable social media pressure from the #payup campaign as news broke of desperate garment worker situations, some brands committed to pay for garment orders amidst risk of consumer back-lashes and bad press.

Before offering some positive shifts as a result of the pandemic, Berg reflected on the “old and traditional model of working on seasonal collections (that) hasn’t changed in 15 years (and) needs to be reviewed and adapted.” Because of the limitations caused by the pandemic, he says brands could not review production samples, and the industry was forced to “use a lot of workarounds and do things they were not willing to do in the past.” Fashionable pieces were being produced in Turkey, North America, and Mexico, he said. Also on a positive note, he said that: “Most processes are much more digitized, people have started to use their PLM systems and have realized that they trust their sourcing office to sign off a production prototype.” The future won’t be a fully 3D process, he said, “but it will be faster, leaner, more digital, and more data-driven.” Brands will “try to be as late as possible when committing to volumes (as) the level of unpredictability is so high, so the industry has learned a lot of lessons and have seen how feasible change is. A back-office disruption of this magnitude has not been seen for many years,” he concluded. The assertion that brands will reduce lead-times to mitigate risk suggests significant challenges being passed down to supply chain partners. Finding ways of producing smaller volumes more quickly will be a challenge, and is not the business model the manufacturing behemoths of China and Bangladesh were built upon. Manufacturers have pointed to increased automation to meet new demands, and this, in turn, would require significant investment and lead to job losses, on top of already struggling garment workforces in Asia. Nearshoring of production is also a possibility, according to Berg, and these themes will feature in part 3—the final installment of my deep-dive into the State of Fashion 2021.

Along with garment worker vulnerability, perhaps the starkest conclusion drawn so far is the belief of leadership executives at the highest level that sustainability is not a significant business opportunity, which indicates it is not a priority. McKinsey & Company’s recent climate report calculated that: “Under its current trajectory, the fashion industry will miss the 1.5-degree pathway by 50%.” As 2021 beckons, spelling only 9 years until the day of reckoning of fashion’s 2030 climate targets, it is difficult to understand where hope lies within fashion’s executive leadership in driving the changes needed to meet these goals.

Whilst the climate crisis looms, the garment worker crisis worsens, likely to be compounded by executives’ focus shifting away from sustainability and perceived cost-inducing changes in favor of online retail, which is seen to offer the best opportunity for sales, and profit, growth. The gap between fashion executives and garment workers continues to widen. However, the pressure is mounting from campaigns including Pay Up by Remake, who are launching a follow-up #ShareYourProfits phase engaging executives at 12 top-performing fashion brands to fund social safety nets for garment workers. Stay tuned for the final installment, which will address digitalization, materials innovation, and fashion’s market segment most likely to recover fastest from the pandemic.