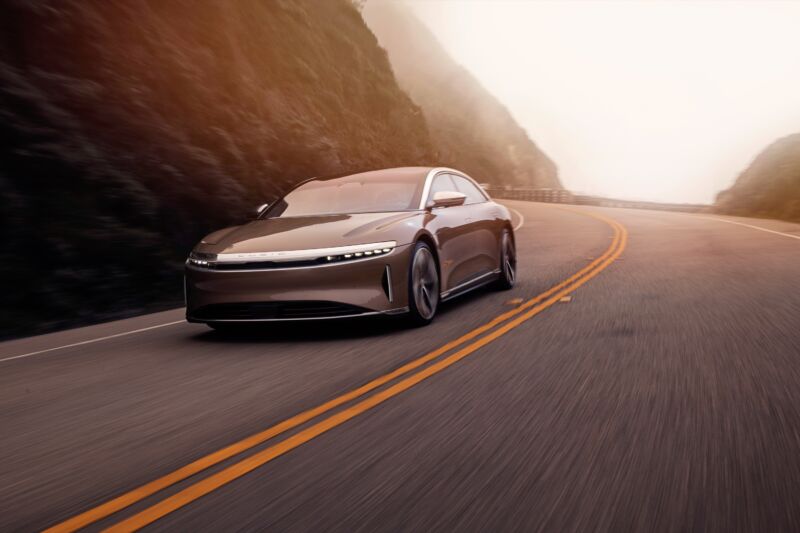 Enlarge / The Lucid Air is a stylish and aerodynamic sedan.
Lucid Motors

When Lucid Motors revealed the final production version of its new electric vehicle in September, the only thing not to like was the price. The specs for the Air Dream Edition were eye-opening: 1,080hp (805kW), zero to 60mph in 2.5 seconds, and a range of 503 miles (810km). But they were matched by the MSRP—$169,000 for this fully loaded hypersedan.

Cheaper versions costing $139,000 (the Air Grand Touring) and $95,000 (the Air Touring) were also announced, and it told us that an entry level Air would also arrive in due time, at “under $80,000.” (All these prices are before taking into account the $7,500 IRS tax credit or any state incentives.) On Wednesday, it filled in that final blank.

“The Lucid Air is a vehicle that thrills me personally because it delivers a level of performance, efficiency, and luxury that is currently unseen in today’s EVs,” said Peter Rawlinson, CEO and CTO, Lucid Motors. “Our vision from the beginning—what drives this company—is creating the world’s best EV technology while making it progressively more attainable over time. With the starting price of the Lucid Air range announced today, we are setting the stage for broader adoption of the latest, game-changing EV technology,” he said in a press release.