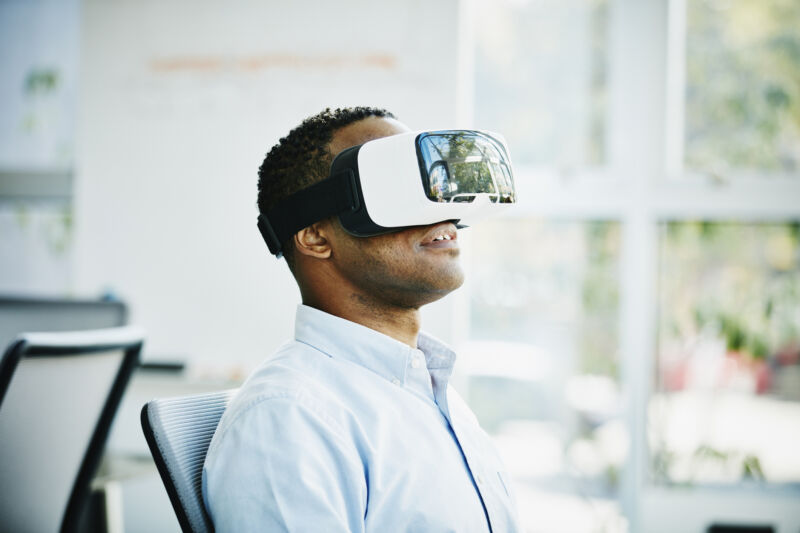 UBS has experimented with issuing its London-based traders with Microsoft HoloLenses, which would allow staff to recreate the experience of working in a packed trading floor without leaving their homes.

Banks have been desperate to bring workers back to the office, especially for regulatory-sensitive roles such as trading, but surges in coronavirus infection rates have meant many staff are wary about using public transport.

“If people really can’t come to the office, can we create a virtual presence?” Beatriz Martin, UBS UK chief executive, told the Financial Times. “We are thinking about experimenting with the tools that are out there.”

UBS has set up a working group focused on “reimagining the trading floor,” which has also considered setting up screens on traders’ desks with camera feeds from their co-workers to encourage collaboration.

This month, JPMorgan Chase summoned senior traders back to the bank’s tower blocks in Canary Wharf and midtown Manhattan in a move praised by US President Donald Trump. But the bank has already been forced to send staff home from its New York trading floor after an employee tested positive for COVID-19, according to Bloomberg.

JPMorgan was hit by an outbreak on the same trading floor in April when 16 people tested positive. 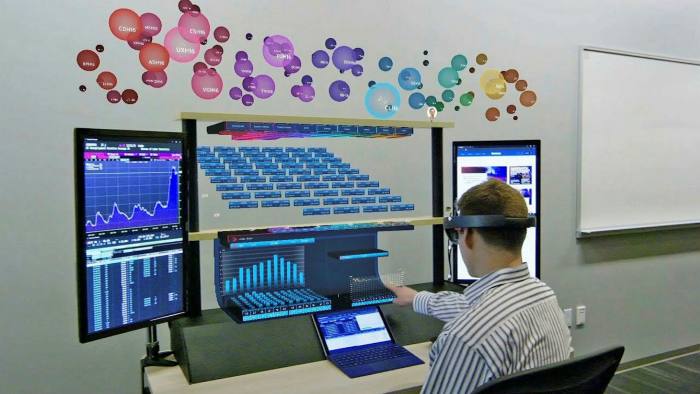 As with most global investment banks, UBS has taken a cautious approach to encouraging staff to return to the office, working mainly on a voluntary basis. Deutsche Bank, for example, told its New York staff this week that they were not required to return to the office until mid-2021 when it plans to open a new headquarters at Columbus Circle.

This week, BlackRock chief executive Larry Fink said he expected only two-thirds of the fund manager’s staff to return to the office in the long term.

“I don’t believe BlackRock will ever be 100 percent back in the office,” he told the Morningstar Investment Conference.

HoloLens, which was launched by Microsoft in 2015, was initially seen primarily as a gaming device, with headsets costing upwards of $3,000 each. But they have more recently been considered by companies as a communications tool.

Citigroup was one of the first banks to consider using HoloLens headsets for traders. Four years ago it developed an augmented reality workstation combining 3D holograms and real-time financial data.

The Citi system was designed to be rolled out to investor clients, who could interact with the bank’s traders and have huge graphics projected into their offices. A thought piece at the time forecast: “Further development could achieve the ultimate state of tele-existence, in which there is little difference to actual physical existence in the space.”

But the US bank never implemented the headsets, deciding the technology was too limited in terms of display size, processing power, and battery life, according to a person briefed on the plans.

© 2020 The Financial Times Ltd. All rights reserved Not to be redistributed, copied, or modified in any way.

Chitin could be used to build tools and habitats on Mars, study finds