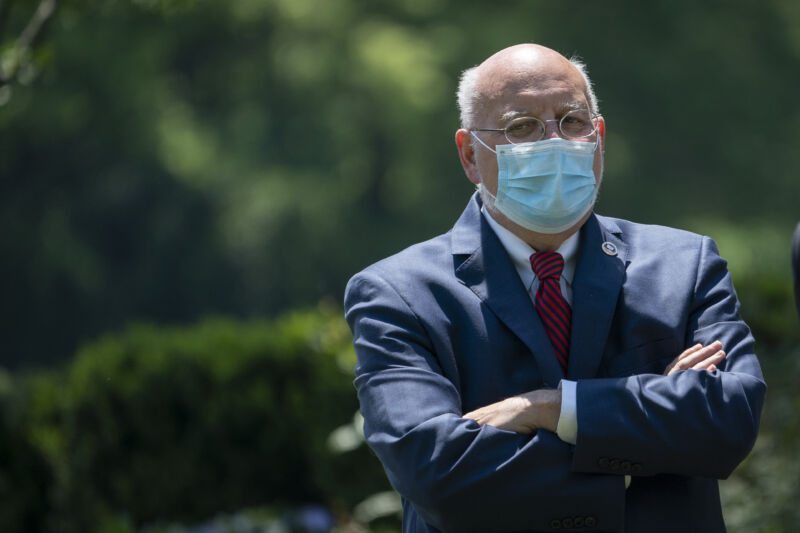 Enlarge / Dr. Robert Redfield, director of the Centers for Disease Control and Prevention (CDC), attends an event about coronavirus vaccine development in the Rose Garden of the White House on May 15, 2020, in Washington, DC.
Getty | Drew Angerer

Trump administration officials have once again sidelined the head of the country’s leading public health agency while crafting public health policy. This time, officials torpedoed a plan to extend the “no-sail” order on cruise ships until next year.

Cruise ships were initial hotbeds of coronavirus transmission at the start of the global pandemic, which is still far from under control in the United States. Mass outbreaks on the tightly-packed, social vessels forced the cruise industry to shut down in March, and the Centers for Disease Control issued a no-sail order that is set to expire today, Wednesday, September 30.

In a meeting in the White House Situation Room Tuesday, CDC Director Robert Redfield floated a recommendation to extend the no-sail order until February 2021, according to a report by Axios. But Vice President Mike Pence, who chaired the meeting, told Redfield that the administration will be setting a different course.

Instead, the administration will only extend the no-sail order until October 31, matching a self-imposed ban by the cruise industry. Between now and then, the administration expects the cruise industry to demonstrate its plans to allow cruises to “sail in a safe and responsible manner and that the companies assume the burden of dealing with any possible outbreaks,” according to officials at the meeting. Further, cruise industry representatives will meet with Trump this Friday to pitch their plans and discuss if the no-sail order needs to be extended further.

Just last week, Cruise Lines International Association—a trade group representing 95 percent of the industry—announced its own health protocols and said they would be mandatory among industry members. The protocols include testing all passengers and crew for the novel coronavirus, mask-wearing, physical-distancing measures, and improved ventilation.

However, such protocols have not proven successful at preventing large outbreaks on ships. In August, the Norwegian cruise operator Hurtigruten—the first cruise line in the world to resume operation amid the global pandemic—promptly suspended all voyages after an outbreak ripped through one if its ships. Hurtigruten’s CEO said at the time that “We have not been good enough and we have made mistakes.”

Further, US health officials privately complained to Axios that the administration sank Redfield’s recommendation for political reasons. The cruise industry has significant economic influence in Florida, which is a critical battleground in the upcoming presidential election.

White House deputy press secretary Brian Morgenstern denied those claims of election-year political tampering, saying: “The president, the vice president, and the task force follow the science and data to implement policies that protect the public health and also facilitate the safe reopening of our country. It is not about politics. It is about saving lives.”

Trump administration officials privately talked to Axios of disdain for Redfield and described the CDC as a den of the “deep state” and anti-Trump efforts.

The scuttled cruise ban is just the latest example of the Trump administration sidelining, undermining, and interfering with the agency’s public health work and direction by Redfield during the coronavirus crisis. Other examples include interference on CDC guidance on COVID-19 testing, mask usage, the timeline for vaccination, school risks and reopening, hospital data collection, and the release of CDC COVID-19 case studies.