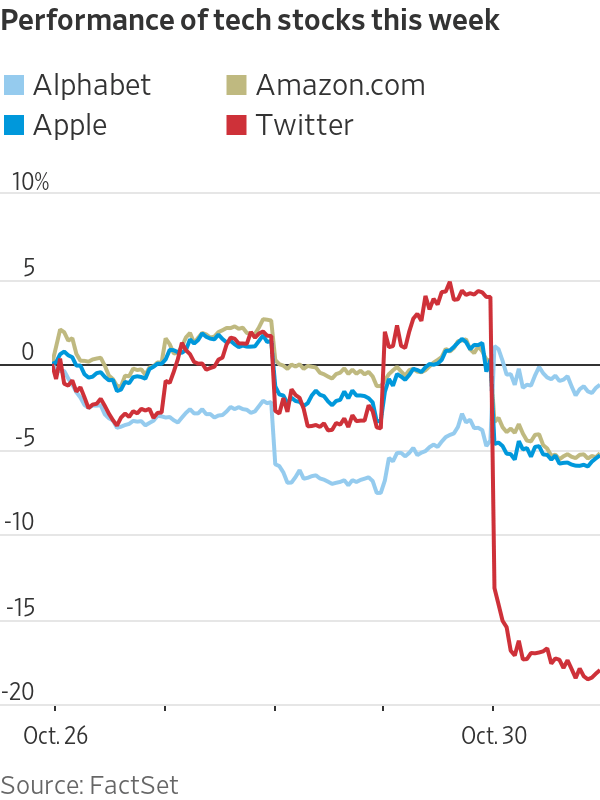 American International Group is distancing itself from life insurance. The company is taking steps to hive off that business into a separate company so it can focus on property-casualty insurance—a separation that will be guided by a new chief executive, Peter Zaffino. Mr. Zaffino was a key lieutenant to current CEO Brian Duperreault and widely viewed as the heir apparent inside and outside the company. Before the financial crisis in 2008, AIG was a global giant in the financial-services industry with operations that included a financial-derivatives business, airplane leasing and prosperous life-insurance units in far-flung locations. AIG shares tumbled on Monday ahead of earnings, but the stock trimmed its losses after the company announced its planned split and change in leadership. AIG shares fell 0.3% Tuesday. 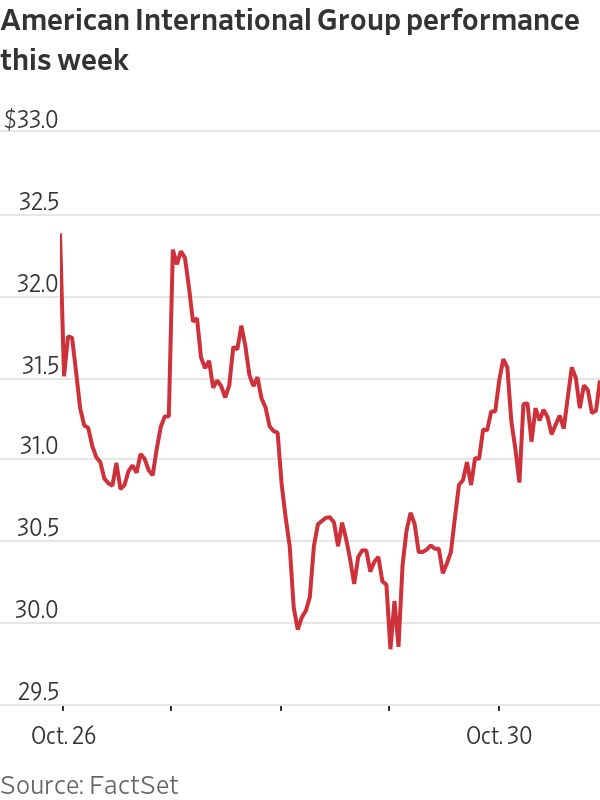 One of the world’s biggest manufacturers of construction equipment is getting bulldozed by the pandemic. Caterpillar said Tuesday that revenue in each of its three global segments fell by at least 20% in the latest quarter. The pandemic continues to drag on construction activity world-wide, sapping demand for everything from cruise ships to dental procedures.
3M Co.
said demand for its products for nonemergency medical and dental procedures isn’t likely to recover through next year. One bright spot was a 4.5% rise in sales for the third quarter thanks to booming demand for products such as N95 masks and home-cleaning supplies. Caterpillar shares fell 3.2% Tuesday and 3M slid 3.1%. 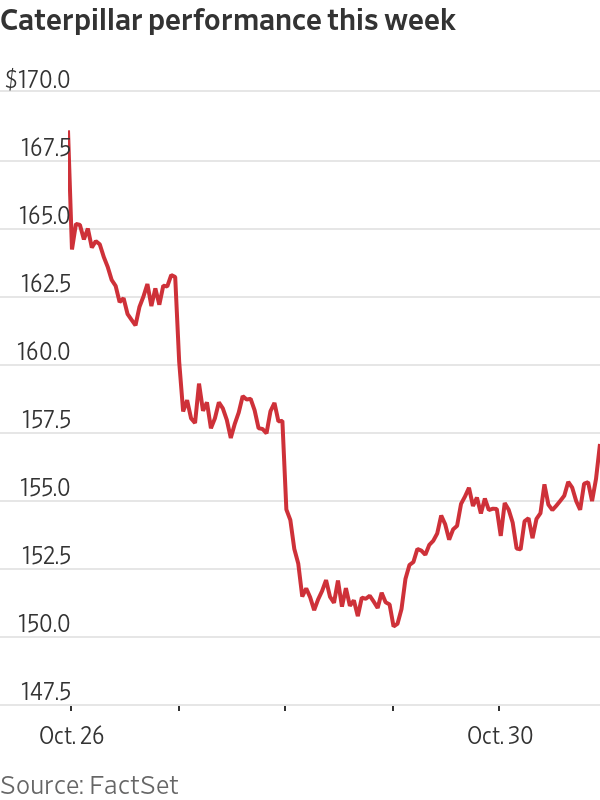 Boeing’s flight path just got bumpier. The company said Wednesday that it expects to reduce its head count by an additional 11,000, including 7,000 layoffs, adding to the 20,000 job cuts already announced. It expects to end next year with about 40% fewer employees than when it merged with McDonnell Douglas in 1997. The U.S. aviation industry has already lost around 100,000 jobs this year and another 220,000 are at risk, according to the Aerospace Industries Association. Boeing was one of three American defense contractors that China said it will sanction in retaliation against U.S. efforts to deepen ties with Taiwan, a potential threat to Boeing’s profitable defense business. Boeing shares fell 4.6% Wednesday. 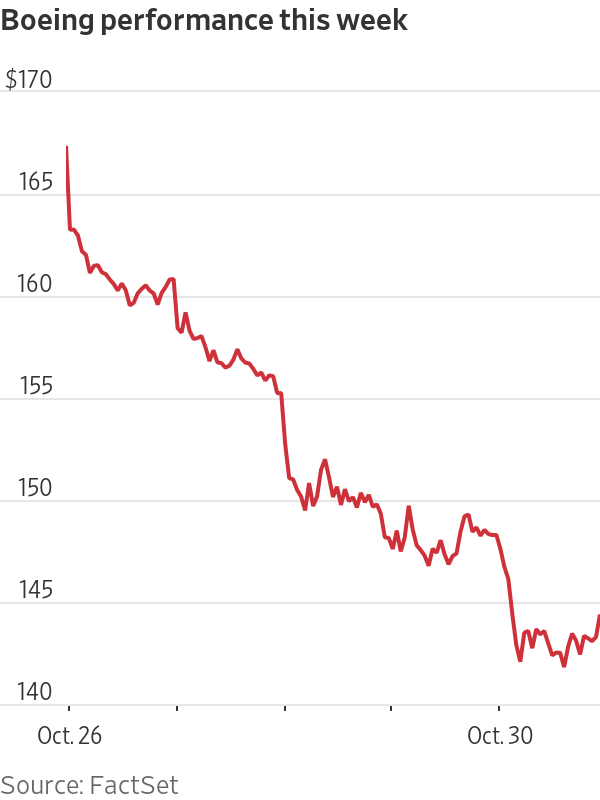 Things are looking less dim for General Electric. Layoffs and cost cutting in the third quarter helped it offset troubles that devastated the aviation industry. Even though the Boston company on Wednesday reported another quarter of shrinking revenue, including a 40% decline in its aviation business, the results were better than expected. GE didn’t reveal large losses in long troubled units, easing investor concerns and allowing the company to buck a broader market selloff. The industrial conglomerate owns hundreds of jets and is one of the world’s biggest airplane-leasing companies, and its aviation business was, for years, the company’s biggest and most profitable. GE shares rose 4.5% Wednesday. 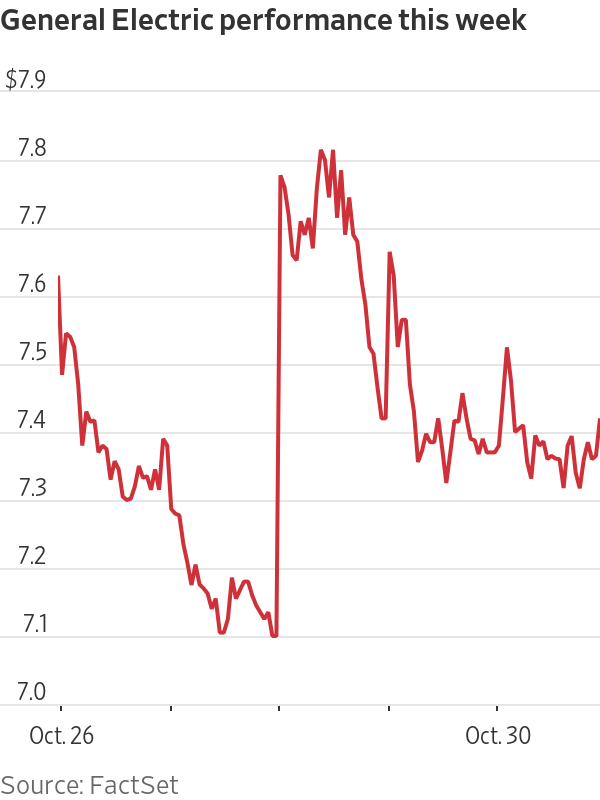 Advanced Micro Devices is looking to chip away at the dominance of its biggest rival. AMD said Tuesday that it plans to buy chip maker
Xilinx Inc.
for $35 billion, the latest in a string of tie-ups in the semiconductor industry. The all-stock dealsteps up the pressure on AMD’s biggest rival and industry leader
Intel Corp.
, which has suffered from problems with its manufacturing process. AMD specializes in central-processing units and graphics chips that power modern computers, as well as popular gaming systems such as
Microsoft Corp.’s
Xbox and
Sony Corp.’s
PlayStation. Xilinx shares have risen about 12% since The Wall Street Journal reported in early October that the two were close to an agreement. AMD shares fell 4.1% Tuesday. 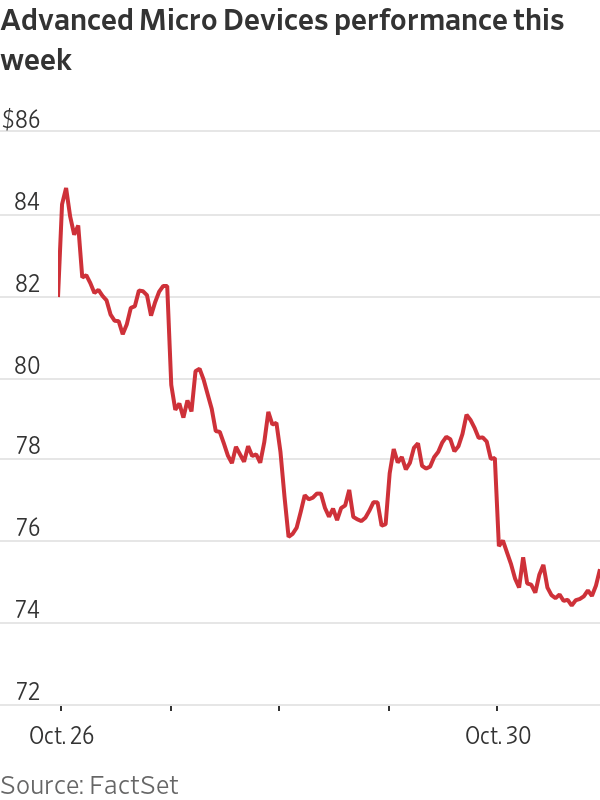 The specter of coronavirus continues to haunt amusement parks and movie theaters, leaving many consumers to seek out at-home entertainment. This split was evident in the latest results from Comcast, which owns Xfinity-branded services, the NBCUniversal media empire and the Sky television business. The media-and-entertainment conglomerate said Thursday that theme-park revenue fell 81% in the latest quarter, and filmed entertainment posted a decline of 25%. Those losses were partly offset by a record number of new subscribers to broadband, the centerpiece of Comcast’s business, which reported a 10% increase in revenue for the quarter. Comcast shares rose 2.6% Thursday. 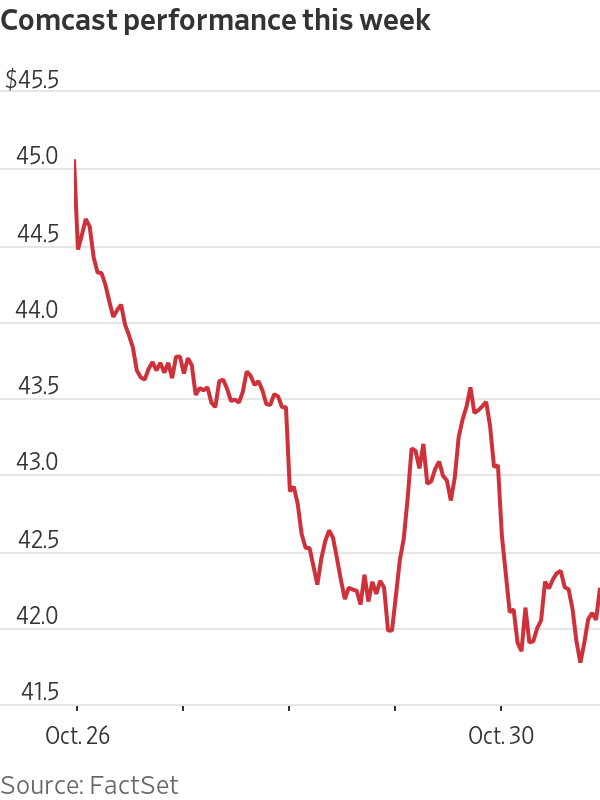 Occidental Petroleum, Agilent, Tesla: What to Watch When the Stock Market Opens