Here’s what we’re watching as markets kick into gear on Tuesday.

—U.S. stock futures edged higher Tuesday, suggesting major indexes will resume their recent climb after a slide in technology shares weighed on markets at the start of the week. Read our full market wrap here.

—The U.S. job openings and labor turnover survey for November is out at 10 a.m. ET.

—A flurry of Fed speeches could provide clues to the direction of central bank policy. Fed governor

Lael Brainard
is scheduled to speak at 9:35 a.m. at a virtual meeting and

Eric Rosengren
who heads up the Fed Bank of Boston will be speaking at 2 p.m. at a webinar hosted by the Greater Boston Chamber of Commerce.

Nick Timiraos
for an interview with the St. Louis Fed’s

—Grocery chain Albertsons Companies is scheduled to report earnings before markets open.
KB Home
will report after the close.

—
Twitter
shares climbed 2.3% premarket. The social media giant said it removed more than 700,000 accounts associated with a QAnon conspiracy theory, saying that they share content that has the potential to lead to offline harm.

—
Tesla
is up 3.5% ahead of the opening bell. The electric-car maker is rumored to be in talks to partner with
Tata Motors
to build out its electric-vehicle business in India, according to local media reports.

—
Cantel Medical
shares shot 10% higher in off-hours trading. The medical supplier is in talks to merge with Steris, the Wall Street Journal reported. A mostly-stock deal might be completed on Tuesday.

—
Realty Income,
a real estate investment trust, is down 5.6% premarket after pricing 10.5 million new shares of common stock. It said it plans to use the proceeds to buy more properties.

—U.S.-listed shares of cancer-drug developer
BeiGene
are up 9.8% premarket after the Chinese company signed a partnership with
Novartis
to license one of its treatments to the pharma giant.

—Shares of solar-power developer
Enphase Energy
are up 3% in premarket trading.

—Automatic test-equipment developer
Teradyne
is up 3.2% premarket, pointing to a sixth straight day of gains for the stock.

The small-cap stock index Russell 2000 was already up 5.9% so far for the year, at Monday’s close.

Chart of the Day 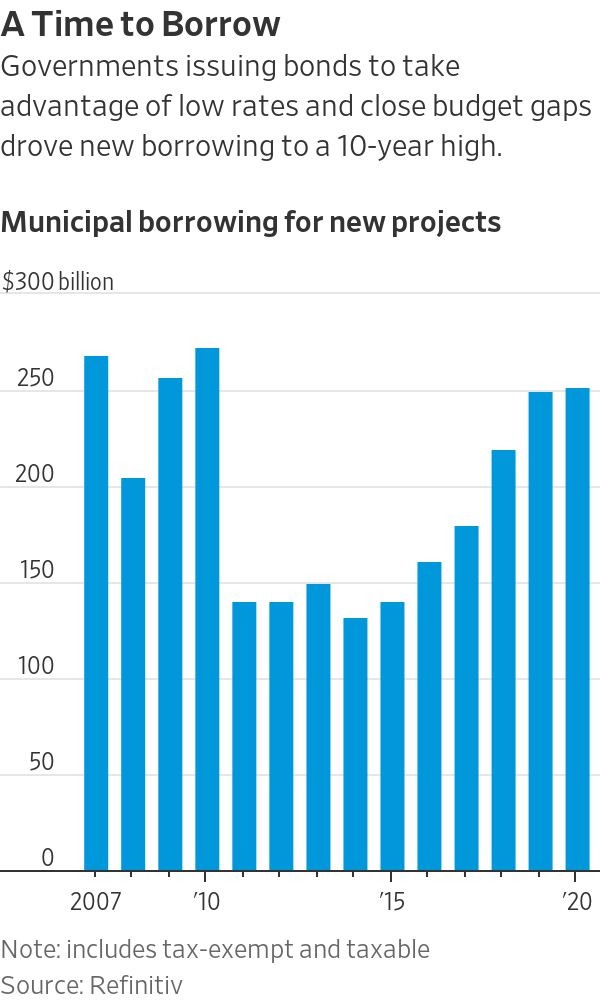 Must Reads Since You Went to Bed

Zombies Could Stunt the Bank Recovery

The Dollar’s Decline in Global Reserves: Fact or Fiction?