U.S. Navy Destroys Target With Drone Swarm — And Sends A Message To China 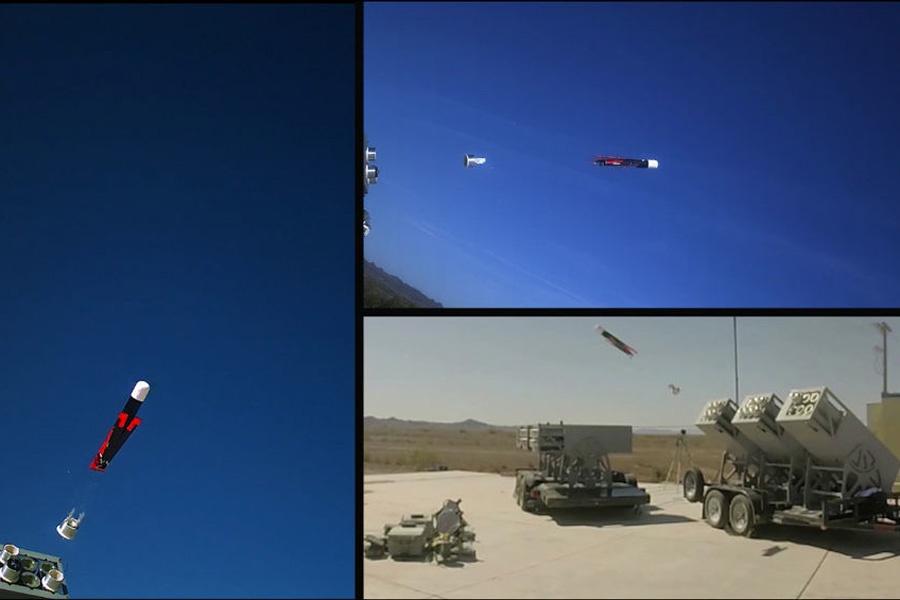 The U.S. Navy has destroyed a surface target with a swarm of drones for the first time. The strike, disclosed in a briefing on April 26th, was carried out during the Unmanned Systems Integrated Battle Problem (UxS IBP) 21 exercise conducted off the coast of California.

The swarm attack was one of unmanned systems operations during the exercise. These included a combination of unmanned aircraft and boats identifying a surface target so it could be engaged with an SM-6 anti-ship missile from the guided-missile destroyer USS John Finn.

“Our goal for this exercise is to evaluate these unmanned systems and how they can actually team with manned systems,” Rear Adm. Jim Aiken, technical manager for the exercise told a press briefing.

While many of the other unmanned systems have been described in some detail, officials remain vague about the swarm involved. It had previously been disclosed that the exercise would include an element from the Navy’s Super Swarm project. This is exploring how massive swarms – which may include drones, unmanned submarines, and unmanned surface vessels – can co-ordinate their attacks against ships for greatest effects. And also how the Navy can defend against them. The Navy researchers have declined to discuss this work.

We do not know the size, type or numbers of drones involved in the swarm. However, much of the Navy’s previous work on attack swarms has involved Raytheon’s Coyote, a 13-pound tube-launched drone with five-foot pop-out wings which now comes with swarming capability as standard. Coyote can carry various payloads including electronic warfare devices or an explosive warhead. The Navy’s LOCUST program – a contrived acronym for Low-Cost UAV Swarming Technology – has previously demonstrated swarms of up to 50 coyotes coordinating their attack.

The idea with this type of swarm is to overwhelm defenses by hitting them with more attackers than they can deal with. Low cost is a key feature; the idea of LOCUST is that the entire swarm will cost less than a conventional missile. The small warheads can knock out radar and other vital systems, leaving the target open to attack by larger weapons. (A swarm may also be able to do more serious damage with multiple precise strikes on vulnerable points).

The swarm has another advantage over conventional missiles: a swarm of 50 drones can attack 50 small targets, such as fast attack craft or unmanned surface vessels.

The report fails to disclose how the swarm was launched. LOCUST was originally designed to be launched from surface vessels, but the Navy is also developing submarine-launched swarms.

The swarm may have come from aircraft. In 2020, the Navy revealed that Super Swarm testing included the launch of a record-breaking 1,000 CICADA drones from a C-130. CICADA – another contrived acronym, standing for Close-in Covert Autonomous Disposable Aircraft – is a miniature glider with a six-inch wingspan carrying an electronic warfare payload or delivering a ground sensor to a particular spot. CICADA has participated in various Navy experimental programs over the last 15 years and is a useful surrogate for more expensive craft.

The target of this type of exercise is clear. China is developing so-called anti-access/area denial defenses – layered missiles and radar to keep American aircraft and warships out of the South China sea. The latest exercise, and the swarm attack in particular, suggest that America is preparing to respond. Unmanned systems allow military actions to be taken without risking sailors’ lives, or with the danger of escalation that comes with human casualties. And unlike a missile, a swarm attack is scalable and can escalate to any level of conflict.

A swarm can simply harass a target by flying around it, irritate more seriously by jamming radio systems and navigation, step it up a gear by knocking out a radio masts or other infrastructure – or deliver a knock-pout blow of sinking a vessel as just demonstrated. Whatever form a conflict takes, swarming weapons will be able to play a role when other weapons are useless. Remember though, that the Chinese have drone swarms too.