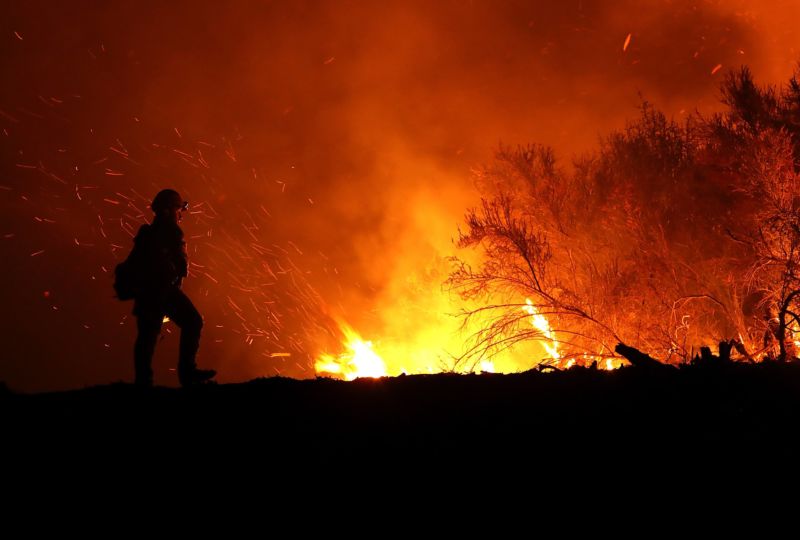 Verizon’s 2018 controversy over its throttling of a fire department’s “unlimited” data plan during a wildfire didn’t stop the carrier from rolling out numerous ads claiming that Verizon service is a must-have for firefighters and other emergency responders. But a couple of those ads apparently went too far, and Verizon agreed to stop running them after a complaint that T-Mobile lodged with the advertising industry’s self-regulatory body.

The NAD said it didn’t actually review the firefighter and first-responder complaints on their merits because Verizon agreed to pull them before an investigation. But the NAD investigated other T-Mobile claims and recommended that Verizon discontinue or modify several other ads that made unsupported statements. Verizon agreed to comply with the NAD’s findings.

A commercial-tracking website provides a transcript for the now-discontinued “5G Built Right for Firefighters” ad, which apparently debuted in January as Verizon rolled out a 5G-focused Super Bowl ad campaign.

When I’m going into a fire, usually when you open the door smoke is down to the ground, it’s pitch black. Time is really of the essence in a structure fire because it can mean life or death. With 5G, we’re going to be able to stream the video that [firefighters are] getting through their mask back to a command center and stitch those videos from multiple sources together to provide greater situational awareness. 5G Ultra Wideband is necessary for all of these applications to work.

But there’s very little chance that “5G Ultra Wideband” would help firefighters in any substantial way. 5G Ultra Wideband is what Verizon calls its millimeter-wave service, which offers extremely high speeds but is only available in small pockets of big cities. That’s because millimeter-wave frequencies can’t travel far and are easily blocked by walls and other obstacles.

Verizon didn’t even offer any 5G on non-millimeter-wave bands until this week, when it turned on 5G in lower-frequency bands in over 1,800 cities. Even this version of 5G is only expected to provide small speed boosts, especially in the early days. A Verizon VP admitted Tuesday that the lower-band 5G speeds are “similar” to 4G, so there’s no reason to think it will give firefighters or anyone else a big advantage over Verizon’s 4G LTE service any time soon.

Though the NAD didn’t review Verizon’s discontinued firefighter and first-responder ads, the group found that several other Verizon advertising claims weren’t supported by evidence. The NAD thus recommended that Verizon:

The NAD also recommended changes to Verizon ads that compare Verizon’s 4G LTE to T-Mobile 5G. The NAD ruled against some of T-Mobile’s other challenges to Verizon 5G ads.

This was not the first time that the NAD found a gap between Verizon’s 5G hype and its actual 5G offerings. In July, an NAD ruling caused Verizon to stop running ads that falsely implied the carrier’s 5G mobile service was available throughout the United States. As the NAD said then, “Verizon does not dispute that its current 5G service is limited. Verizon’s 5G coverage is primarily restricted to outdoor locations in certain neighborhoods and varies from block to block.”

While Verizon has more recently expanded 5G coverage, that NAD statement from July described the same millimeter-wave coverage that Verizon was touting as a game-changer for firefighters earlier in the year. At the same time Verizon was claiming its 5G lets firefighters stream video from inside fire-engulfed structures, Verizon 5G in reality was “primarily restricted to outdoor locations in certain neighborhoods.” In today’s announcement, the NAD said it once again “recommended that Verizon clearly and conspicuously disclose the limited availability of its 5G service.”

In the 2018 controversy, Santa Clara County’s fire department complained that it paid Verizon for “unlimited” data but was throttled during a wildfire response until upgrading to a more expensive plan. Verizon said the department had chosen an unlimited data plan that gets throttled after using 25GB a month but admitted that Verizon failed to follow its own policy of “remov[ing] data speed restrictions when contacted in emergency situations.”

The incident was cited in a lawsuit that California and other states filed in an attempt to reverse the Federal Communications Commission’s net neutrality repeal. A federal appeals court upheld the FCC repeal but struck down the FCC’s attempt to preempt all states from trying to impose their own net neutrality laws. California’s net neutrality law is now subject to another court battle, with the Trump administration and broadband industry attempting to overturn it.