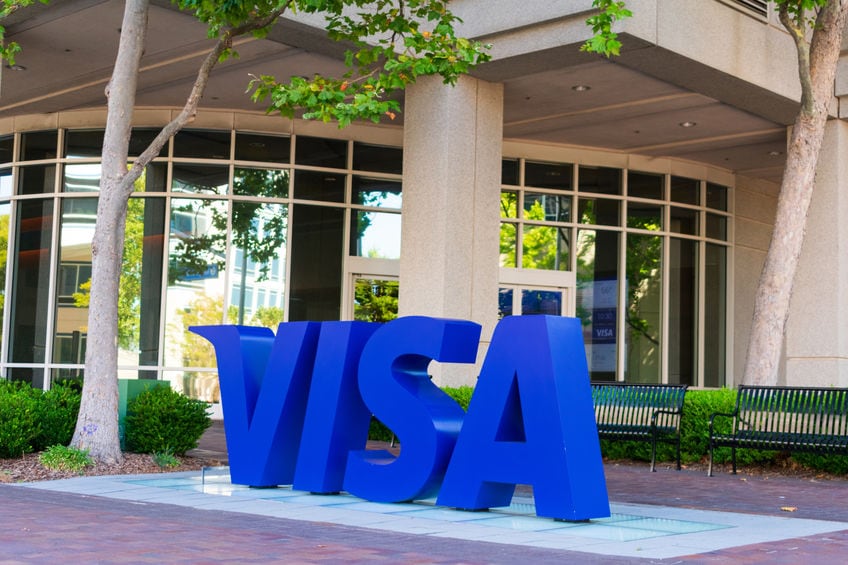 Visa Inc. (NYSE: V) said on Wednesday that signs of improvement were evident in its overall payment volume in the fiscal fourth quarter. The company, however, acknowledged the impact of the Coronavirus pandemic that continues to curb international travel.

Visa Inc. was reported about 1.5% up in extended trading on Wednesday. Shares of the company are now exchanging hands at £141 per share. The stock had started the year at a per-share price of £147 but had plummeted to a year to date low of £104.54 per share in March due to COVID-19 restrictions. Confused about choosing a reliable stockbroker to trade online? Here’s a comparison of the top few to make selection easier for you.

On a constant-dollar basis, Visa said that payment volume posted a 4% growth in Q4. Cross-border volume, on the other hand, came in 41% lower excluding intra-Europe transactions. Visa said:

Many countries had stable to positive year over year domestic spending growth in the fiscal fourth quarter. But overall cross-border spending remains depressed, led by travel spending, as the majority of borders remain closed.”

A report on Wednesday also said that Visa Inc. was interested in acquiring YellowPepper USA.

At £3.93 billion, the financial services corporation’s revenue in the fiscal fourth quarter was significantly lower than £4.73 billion in the same quarter last year. FactSet Consensus for Visa’s revenue in Q4 stood at a lower £3.85 billion.

The American multinational said that its net income in the recent quarter printed at £1.65 billion that translates to 74.70 pence per share. In comparison, Visa had recorded a higher £2.33 billion of net income in Q4 of last year or £1.03 per share.

Visa refrains from giving its guidance for fiscal 2021

On an adjusted basis, the San Francisco-based company earned 86 pence per share versus the year-ago figure of £1.13 per share. According to FactSet, experts had forecast a slightly lower 84 pence per share of earnings for Visa in the recent quarter.

Visa refrained from giving its guidance for fiscal 2021 citing the COVID-19 uncertainty. In related news from the United States, peer Mastercard also published its quarterly earnings report on Wednesday.

Visa performed fairly upbeat in the stock market last year with an annual gain of roughly 45%. At the time of writing, it is valued at £296.50 billion and has a price to earnings ratio of 34.39.