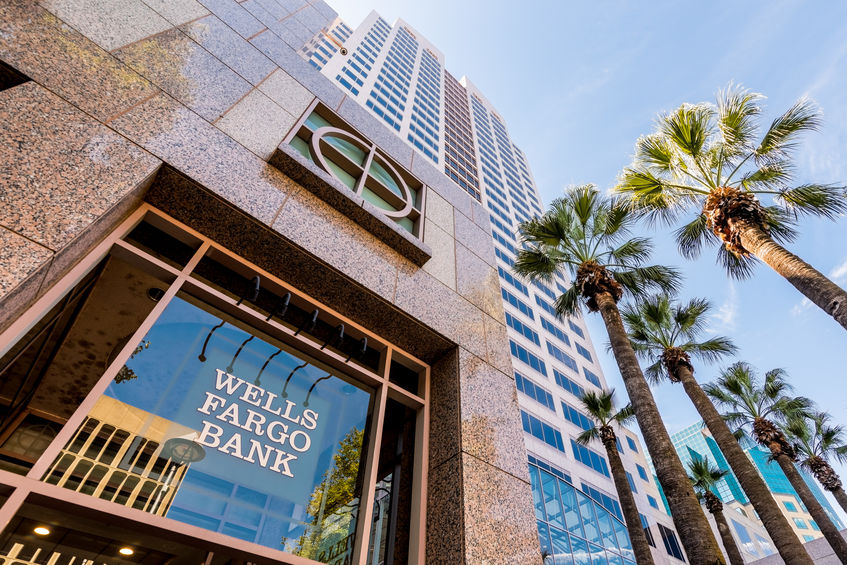 Wells Fargo (NYSE: WFC) said on Wednesday that its profit in the fiscal third quarter came in 56% lower than last year. The company reported £1.57 billion of profit in Q3 versus £3.55 billion in the same quarter last year. On a per-share basis, it earned 32.37 pence in the recent quarter versus a higher 33.91 pence expected, as per FactSet.

Wells Fargo lost 1.8% in premarket trading on Wednesday. Shares of the company are now trading at £18.72 per share. In mid-May, the stock had tumbled to an even lower £17.36 per share. In comparison, Wells Fargo had started 2020 at a much higher per-share price of £41.42.

The U.S. bank performed fairly upbeat in the stock market last year with an annual gain of roughly 15%. At the time of writing, it is valued at £78.55 billion and has a price to earnings ratio of 28.27.

Wells Fargo sets aside £578.78 million to cover for loan losses

Wells Fargo’s performance in Q3, however, was significantly better than the prior quarter when it had lost £1.83 billion due to higher provisions for credit losses. The American multinational set aside £578.78 million to cover for loan losses in the third quarter, versus £7.38 billion in Q2.

CEO Charles Scharf commented on the financial report on Wednesday and said:

“As we look forward, the trajectory of the economic recovery remains unclear as the negative impact of COVID continues, and further fiscal stimulus is uncertain.”

The financial services company recorded £14.53 billion of revenue in Q3 that represents a 14% decline on a year over year basis. According to FactSet, experts had forecast an even lower £13.86 billion in revenue for Wells Fargo in the recent quarter.

Wells Fargo to slash its annual expenses by £7.71 billion

The San Francisco-headquartered bank valued its noninterest expenses at £11.74 billion. According to CEO Charles Scharf, Wells Fargo plans on slashing its annual expenses by roughly £7.71 billion. In the process, tens of thousands of workers are likely to be laid off by the end of 2021. The bank already slashed 700 jobs last week.

At £7.22 billion, the U.S. bank’s interest income saw a 19% annualised decline in the third quarter. Noninterest income, on the other hand, posted a much narrower 9% decline to £7.31 billion. Wells Fargo’s peer, Goldman Sachs, said on Wednesday that its net income jumped close to 100% in the fiscal third quarter.

Goldman Sachs to buy Capital One Financial Corp for £1.94 billion

TP ICAP to acquire Liquidnet for up to £537 million

Man Group reports a 4.4% growth in funds under management in Q3