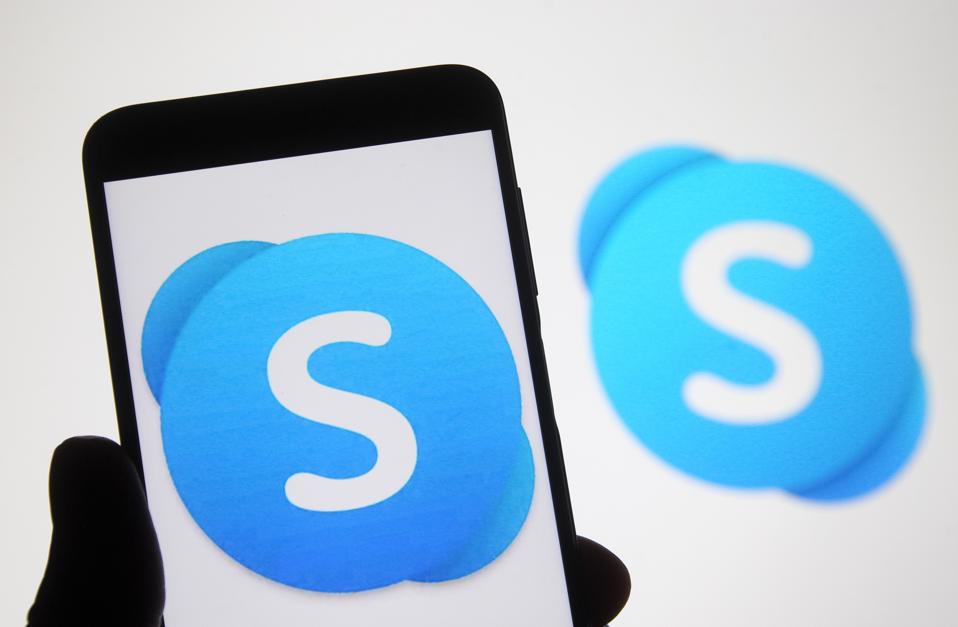 UKRAINE – 2020/11/07: In this photo illustration a Skype logo seen on a smartphone screen. (Photo … [+] Illustration by Pavlo Gonchar/SOPA Images/LightRocket via Getty Images)

WhatsApp users are being urged to switch to Signal and Skype after it recently notified users that they would have to share their data with Facebook.

The Facebook-owned messaging service has received a lot of criticism after telling its 2 billion+ users that they must agree to share their data with the social network in order to keep using the service. This data includes phone numbers, IP addresses, browser information, battery level and more.

“By tapping Agree, you accept the new terms, which take effect on February 8, 2021,” WhatsApp told users via an in-app notification “After this date, you’ll need to accept the new terms to continue using WhatsApp. You can also visit the Help Center if you would prefer to delete your account.”

Those who don’t accept the revamped privacy policy by February 8 will no longer be able to use the app.

Following this change, which has ignited complaints across social media, Tesla founder Elon Musk took to Twitter to urge users to switch to Signal – a message that was then retweeted by Twitter CEO Jack Dorsey.

After this tweet was posted, more than 100,000 people have downloaded signal from the App Store and Google Play, according to data from Sensor Tower , which caused the service to crash temporarily.

“Verification codes are currently delayed across several providers because so many new people are trying to join Signal right now (we can barely register our excitement),” Signal tweeted. “We are working with carriers to resolve this as quickly as possible. Hang in there.”

Microsoft has also taken a swipe at WhatsApp, and has urged users of the service to download Skype instead. In a tweet posted from the official Skype Twitter account, it said: “Skype respects your privacy. We are committed to keeping your personal data private and do not sell to 3rd parties.”