Why are nuclear plants so expensive? Safety’s only part of the story 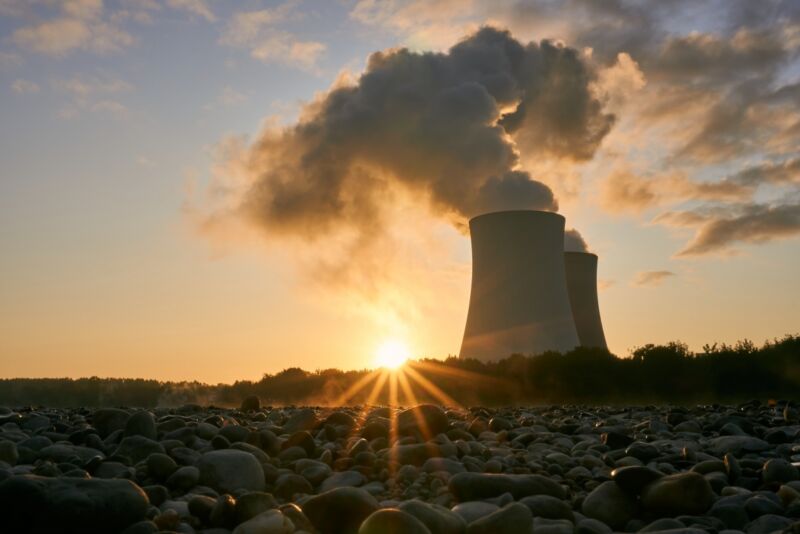 Should any discussion of nuclear power go on for long enough, it becomes inevitable that someone will rant that the only reason they’ve become unaffordable is a proliferation of safety regulations. The argument is rarely (if ever) fleshed out—no specific regulation is ever identified as problematic, and there seems to be no consideration given to the fact that we might have learned something at, say, Fukushima that might merit addressing through regulations.

But there’s now a paper out that provides some empirical evidence that safety changes have contributed to the cost of building new nuclear reactors. But the study also makes clear that they’re only one of a number of factors, accounting for only a third of the soaring costs. The study also finds that, contrary to what those in the industry seem to expect, focusing on standardized designs doesn’t really help matters, as costs continued to grow as more of a given reactor design was built.

More of the same

The analysis, done by a team of researchers at MIT, is remarkably comprehensive. For many nuclear plants, they have detailed construction records, broken out by which building different materials and labor went to, and how much each of them cost. There’s also a detailed record of safety regulations and when they were instituted relative to construction. Finally, they’ve also brought in the patent applications filed by the companies who designed the reactors. The documents describe the motivations for design changes and the problems those changes were intended to solve.

There are limits to how much even this level of detail can provide. You can’t determine, for example, whether the cost of a specific number of workers on a given building should be assigned to implementing safety regulations. And in many instances, design changes were done for multiple reasons, so there’s not simply a safety/non-safety breakdown. Still, the collection of sources they have allows them to make some very direct conclusions about the sources of changing costs and to build very informed models that can infer the reasons for other costs.

The researchers start out with a historic analysis of plant construction in the US. The basic numbers are grim. The typical plant built after 1970 had a cost over run of 241 percent—and that’s not considering the financing costs of the construction delays.

Many in the nuclear industry view this as, at least in part, a failure to standardize designs. There’s an extensive literature about the expectation that building additional plants based on a single design will mean lower costs due to the production of standardized parts, as well as management and worker experience with the construction process. That sort of standardization is also a large part of the motivation behind small, modular nuclear designs, which envision a reactor assembly line that then ships finished products to installations.

But many of the US’ nuclear plants were in fact built around the same design, with obvious site-specific aspects like different foundation needs. The researchers track each of the designs used separately, and they calculate a “learning rate”—the drop in cost that’s associated with each successful completion of a plant based on that design. If things went as expected, the learning rate should be positive, with each sequential plant costing less. Instead, it’s -115 percent.

Figuring out what’s causing those changes involved diving into detailed accounting records on the construction of these nuclear plants; data on that was available for plants built after 1976. The researchers broke out the cost for 60 different aspects of construction, finding that nearly all of them went up, which suggests there wasn’t likely to be a single, unifying cause for the price increases. But the largest increases occurred in what they termed indirect costs: engineering, purchasing, planning, scheduling, supervision, and other factors not directly associated with the process of building the plant.

The increased indirect costs affected nearly every aspect of plant construction. As far as direct costs went, the biggest contributors were simply the largest structures in the plant, such as the steam supply system, the turbine generator, and the containment building.

Some of the changed costs are rather complicated. For example, many reactors shifted to a design that allowed greater passive cooling, which would make the plant more safe in the case of hardware failure. That in turn required separating the reactor vessel from the containment building walls. And that in turn allowed the use of lower-quality steel (which lowered the price), but more of it (which more than offset those savings). All of this also changed the construction process, although it’s difficult to determine exactly how this altered the amount of labor required.

To try to dive into the details, the researchers tracked the progress of material deployment rates—how quickly material brought to the site ended up being incorporated into a finished structure. While those rates have declined slightly for construction as a whole over the study period, they plunged for nuclear projects. Already, at the time of the Three Mile Island accident, steel was being deployed at about one third of the rate of the construction industry at large. Interviews with construction workers indicated that they were spending as much as 75 percent of their time idle.

Since many of the researchers are in the Department of Nuclear Engineering at MIT, they are able to go through and connect the cost changes to specific motivations and check these connections by looking at patents and journal papers that describe the ideas driving these changes.

Some of the driving factors are definitely regulatory. After the Three Mile Island accident, for example, regulators “required increased documentation of safety-compliant construction practices, prompting companies to develop quality assurance programs to manage the correct use and testing of safety-related equipment and nuclear construction material.” Putting those programs in place and ensuring that documentation both added costs to the projects.

But those were far from the only costs. They cite a worker survey that indicated that about a quarter of the unproductive labor time came because the workers were waiting for either tools or materials to become available. In a lot of other cases, construction procedures were changed in the middle of the build, leading to confusion and delays. Finally, there was the general decrease in performance noted above. All told, problems that reduced the construction efficiency contributed nearly 70 percent to the increased costs.

In contrast, R&D related expenses, which included both regulatory changes and things like the identification of better materials or designs, accounted for the other third of the increases. Often, a single change met several R&D goals, so assigning the full third to regulatory changes is probably an over-estimate.

So, while safety regulations added to the costs, they were far from the primary factor. And deciding whether they were worthwhile costs would require a detailed analysis of every regulatory change in light of accidents like Three Mile Island and Fukushima.

As for the majority of the cost explosion, the obvious question is whether we can do any better. Here, the researchers’ answer is very much a “maybe.” They consider things like the possibility of using a central facility to produce high-performance concrete parts for the plant, as we have shifted to doing for projects like bridge construction. But this concrete is often more expensive than materials poured on site, meaning the higher efficiency of the off-site production would have to more than offset that difference. The material’s performance in the environment of a nuclear plant hasn’t been tested, so it’s not clear whether it’s even a solution.

In the end, the conclusion is that there are no easy answers to how to make nuclear plant construction more efficient. And, until there are, it will continue to be badly undercut by both renewables and fossil fuel.