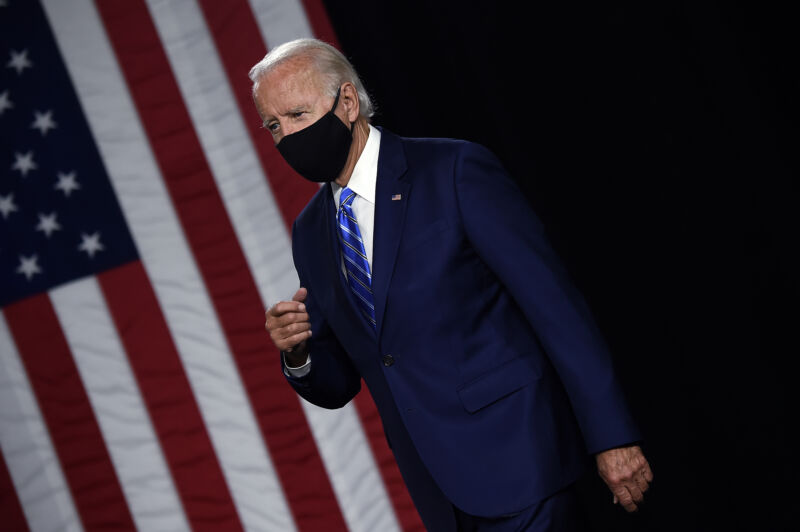 On Tuesday, President-elect Joe Biden announced a roster of policy experts who will help ensure “a smooth transfer of power” and enable the new Biden administration to “hit the ground running.”

The list also includes one representative from a technology-focused non-profit group: Gene Kimmelman of Public Knowledge will be part of the transition team for the Department of Justice.

The people on the list won’t necessarily get jobs in the Biden administration. Rather, a big part of their job will be to help the president-elect identify other candidates for senior positions in the new government.

Filling jobs in a new administration is a massive undertaking. There are around 1,200 political appointees who require confirmation by the US Senate. Hundreds of other, mostly lower-profile positions are filled by the president without Senate approval.

While most government employees are civil servants who stay on from one administration to the next, the most senior officials are chosen by the president and typically leave at the end of an administration. Since there’s only one federal government, these officials often need to find work in the private sector until their party comes back into power.

Some find jobs in academia, think tanks, or the non-profit world. But many others take jobs at for-profit companies. So the tech-company staffers on the transition team aren’t necessarily there to represent their employers.

For example, Biden has asked a 12-member panel to draw up plans for the Environmental Protection Agency over the next four years. The EPA team includes Ann Dunkin, who is Dell’s CTO for state and local government. Before working at Dell, Dunkin spent 2.5 years as the EPA’s chief information officer under Barack Obama. She then spent three years as the CIO of Santa Clara County in California before joining Dell earlier this year. Her experience running the EPA’s IT systems will presumably be helpful as the Biden team plans for the next four years.

Similarly, Arthur Plews spent three years at the Small Business Administration at the end of the Obama administration. Since then, he’s worked at Stripe in an operations role. He’s now part of Biden’s review team for the SBA.

Nicole Isaac worked on legislative affairs in the Obama White House from 2009 to 2014. Since 2015, she has worked on the public policy team at LinkedIn. She’s now part of Biden’s review team for the Treasury Department.

Almost everyone in the Biden transition teams are volunteering their time. The short-term nature of the transition means Biden can’t offer these folks permanent jobs—though, of course, some may be offered permanent jobs after January 20. Also, because the Trump administration has not yet officially recognized Biden as the next president, Biden doesn’t yet have access to funding and office space that’s normally made available to an incoming transition team.

The picks provide few clues about the Biden administration’s likely direction on tech-policy issues. Many of the tech-industry picks are in agencies with little obvious connection to their day jobs. Airbnb’s Clare Gallagher, for example, is on the team for the National Security Council—not an agency with a lot of relevance for Airbnb. Gallagher worked on the NSC staff under Obama from 2013 to 2015.

The team for the Federal Trade Commission includes Bill Baer, a Brookings Institution scholar who led antitrust enforcement at the Justice Department from 2013 to 2016. Baer was involved in the Obama administration’s legal battle against Apple for e-book price-fixing. Baer’s selection suggests that antitrust enforcement will be a priority for the Biden administration, but there may be continuity between the Obama and Biden approaches to the issue.

‘We haven’t made a final decision’ on federal COVID-19 app, Alberta premier says

Europa probably glows in the dark, and that may tell us what’s in it