Why Ethics Matter For Social Media, Silicon Valley, And Every Tech Industry Leader

At one time, the idea of technology and social media significantly influencing society and politics would’ve sounded crazy. Now, with technology so embedded into the fabric of our lives, it’s a reality that raises legitimate questions about Silicon Valley’s ethical responsibility.

Should tech companies step in to create and enforce guidelines within their platforms if they believe such policies would help the greater good? Or should leaders allow their technology to evolve organically without filters or manipulation? 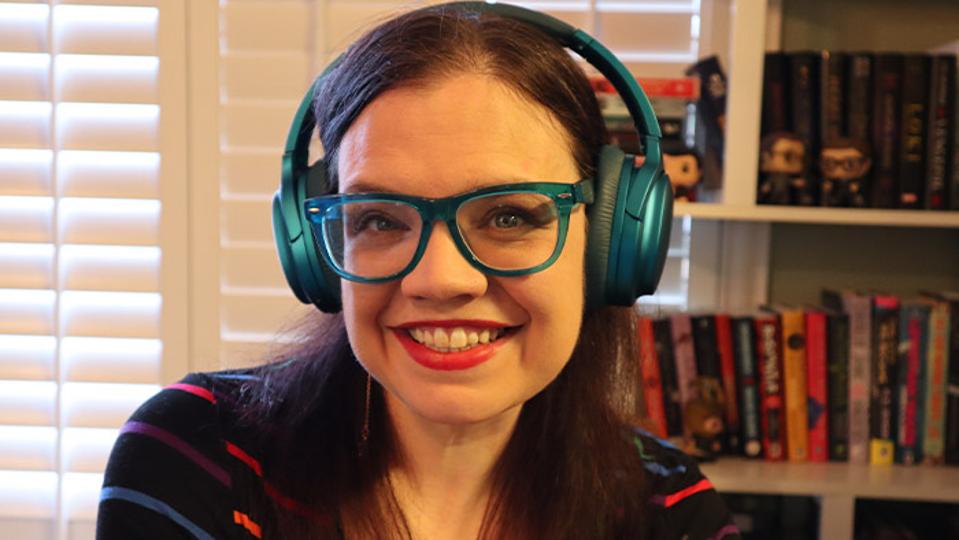 One authority on this fascinating topic is Casey Fiesler—a researcher, assistant professor at the University of Colorado Boulder, and expert on tech ethics. She is also a graduate of Vanderbilt Law School. There, she found a passion for the intersections between law, ethics, and technology.

She was further fueled when she realized that, despite the clear overlap, there was little empirical research on ethics regarding modern tech companies. With a sense of urgency, she dedicated her career to researching and teaching the legalities and ethics behind technology’s influence.

Today, Casey strives to educate every leader in tech, from young entrepreneurs to veteran CEOs, on designing and supporting ethically sound platforms. She believes that reinvigorated interest in tech ethics could create a better future for businesses, tech users, and society as a whole.

More Lockdown Support For U.K. Firms—But Many Self-Employed And Small Businesses Miss Out

Ten Lessons The Year 2020 Is Desperately Trying To Teach Us

What Are Tech Ethics?

We’re all likely familiar with the general concepts behind ethics and technology—but what exactly are tech ethics? Even with constant controversies and conversations about social media’s role in society, Casey herself admits that there is no straightforward answer.

“Ethics can be a loaded term,” she says. “Sometimes we talk about responsibility. Are the people who design technology being responsible and thinking about their product’s potential harm? In the end, I think of tech ethics as designing technology that does more good than bad for the world.”

Take a look at Facebook, the planet’s most popular social media platform, through an ethical lens. “Before Facebook was Facebook,” Casey says, “it was built as a platform to rate girls. The idea that it would someday be deeply embedded in society and impact democracy would’ve sounded ridiculous!”

While designing Facebook in his Harvard dorm room, Casey gives Mark Zuckerberg a pass for not considering the ethics behind banning a sitting president. But as a tech business grows, so does its responsibility to engage in ethical speculation.

“At some point for Facebook,” says Casey, “the way things could go should’ve been clear.” Rather than overlooking ethics, it eventually becomes a leader’s duty to anticipate, plan, and take action on potential problems. And with examples of poor tech ethics all around us, startups have no excuse to put them off while awaiting a certain level of success.

She also encourages tech designers and entrepreneurs to look past the bottom line. Financial health is absolutely a critical number but shouldn’t be the sole metric. “Make sure that revenue isn’t the only guiding metric,” says Casey. “When it comes to social media, decisions have been made based on how many eyeballs you can get on ads.”

Casey points to a controversy with YouTube’s algorithm, which overtly pushed conspiracy theories on its watchers as a way to boost ad revenue. After receiving significant pushback, “they made a conscious decision to change their algorithm so that certain kinds of content would not be recommended as strongly,” says Casey. “It was an ethical call, and I’m sure it led to lost revenue—but sometimes you have to do what’s right for the good of society.”

“We should be thinking about what could go wrong early and often,” says Casey. “Not wait to see what goes wrong to fix it. By then, the harm is already done.”

One tech giant that’s in the middle of this ethical tech debate is Twitter. Currently, they have a policy called their Civic Integrity policy, where violations include the sharing of misinformation about election procedures or outcomes. Examples could be tweeting out fake voting booth locations or falsely stating that an election has been postponed. If a tweet violates this policy, Twitter has the authority to remove them.

“Another part of the policy is that you can’t share content where you were misleading people about the outcome of an election,” Casey says. “When President Trump tweeted that he won the election after it had been called for Joe Biden, that content was flagged under the Civic Integrity policy.”

Now, they are removing tweets from any user who consistently violates this policy despite their status. Even though the decision negatively affected Twitter’s bottom line, the leadership team believes it was ethically the right thing to do.

Why Tech Ethics Matter for Every Business

Aside from politics, there are countless reasons why tech ethics matter. Before 2020 and the COVID pandemic, few could predict the now-famous phenomena of the Zoom Bomb—or when an uninvited visitor enters a private Zoom chat.

Sometimes an unexpected Zoom Bomb only leads to laughter. Other times, it could open up a company to significant security threats or harassment. Either way, many question why Zoom’s leaders and designers didn’t foresee how people could misuse their platform and create a solution before it was launched.

“To some extent, you can understand Facebook,” says Casey. “It was built for one thing. We couldn’t expect it would go to this place. But Zoom was built for business conferencing. A little bit of ethical speculation could have been added into their process.”

To avoid making Zoom’s mistake, remember that it’s much easier to solve problems before a platform potentially lands in the hands or on the desks of millions. “Sometimes you can foresee where technology is going to go,” says Casey. “Maybe it’s a slow, gradual process, and that can be challenging. But that’s why the company’s leadership team should be checking in.”

While in the startup and development phases, Casey encourages tech leaders and designers to put themselves into the minds of “awful people.” Consider how they might use this technology if it became more widespread.

“You know this is going to happen,” says Casey. “When you are designing a technology, part of that process should be thinking about how bad actors might use it. Then design it to make that more difficult.”

Eventually, Zoom did address many of the serious issues that led to Zoom Bombing. However, it was all done as a reactive response to the problem. Imagine how much time, money, and headaches they would’ve saved by integrating these solutions from the get-go—not to mention fewer PR problems.

“I don’t expect software designers to be clairvoyant, but I do think that doing some amount of ethical speculation during the design process is really important. Even if not wanting a PR disaster is your motivation,” Casey laughs, “I’ll take it!”

The conversation with Casey Fiesler continues on the Leading with Genuine Care podcast. You’ll hear how ethical speculation has changed during COVID, why greater diversity and equity in tech can solve many ethical issues, and so much more! Don’t miss an article or episode of the podcast by signing up for my mailing list. You’ll also get a free guide to my favorite mindful resources. Connect with me on Twitter and LinkedIn and keep up with my company imageOne.