'You know that your dream's ending': Flight attendants bid tearful goodbyes as they're furloughed 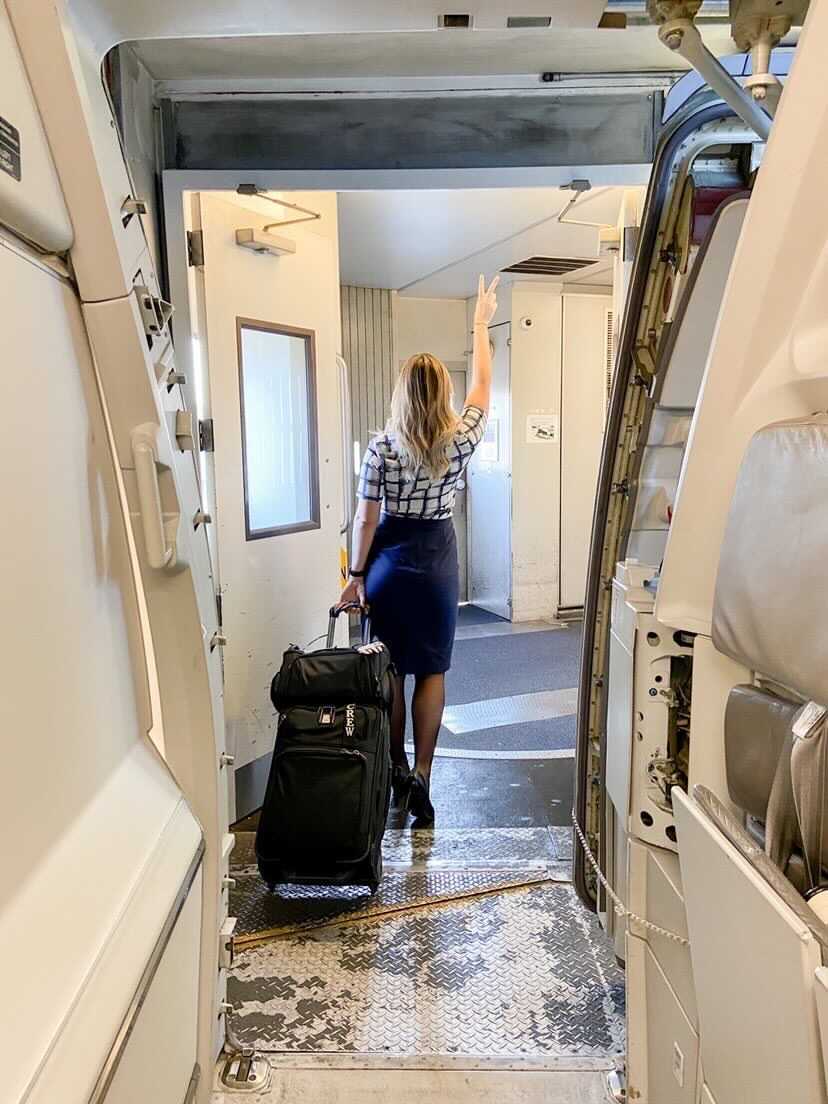 Rheanna Lawson, 29, knew she was going to be out of work once her employer, American Airlines, warned of furloughs in mid-July. She hadn’t been with the company very long, only two-and-a-half years.

“I was actually on a trip with four of my other flight attendant friends (in San Diego),” Lawson told USA TODAY. “We were all just kind of stunned, realizing that our futures were all up in the air.”

The day the airline industry didn’t want to come arrived Thursday, when 32,000 American Airlines and United Airlines employees were furloughed after lawmakers and the White House failed to agree on a broad pandemic relief package, including more federal aid for airlines.

Though there was no new action Friday, Pelosi called on the airlines to halt their furlough and layoffs, saying in a statement the House would either pass a stand-alone bill on airline relief or include airline assistance in a larger COVID-19 relief package.

“As relief for airline workers is being advanced, the airline industry must delay these devastating job cuts,” she said.

This is it. It’s official. American Airlines has furloughed more than 8,000 flight attendants. This has been the most amazing two and a half years of my life. I’m so thankful for all of the beautiful places I’ve seen and the kind souls I’ve been fortunate enough to meet along the way. I loved my life before this job but experiencing this kind of lifestyle first hand makes you realize why people wouldn’t trade it for anything in the world. This might be my last flight as a flight attendant, it might not, we will just have to see where my next adventure takes me! I can promise you though, I won’t be grounded for long ✌🏼✈️

Flight crew members took to social media to share personal reactions to the furloughs, with hashtags such as “#aastews” and “facingfurlough” flooding Instagram.

American Airlines flight attendant Breaunna Ross, 29, delivered a tearful goodbye to passengers over the intercom on a flight before she was furloughed.

“As all of you know, the airline industry has been impacted greatly by this global pandemic,” she told the passengers on the flight from Jacksonville, Florida, to Dallas while wearing a mask. Video of her speech has more than 126,000 views on Facebook.

“For myself and one other crew member on our flight today, this means we’ll be furloughed Oct. 1, and unfortunately, this is my last working flight before that day comes,” she continued. “I will never forget seeing your faces today. Thank you from the bottom of my heart for the kindness shown on today’s flight.”

She thanked her employer and co-workers.

“To my family at American Airlines, thank you for taking a chance on me two and a half short years ago,” she said. “Thank you for giving me the opportunity to see this big world. To my amazing crew, I wish each of you the best of luck. We were told in training to be like palm trees, and this is the perfect example: We may bend, but we never break.”

Sigh: Travel industry layoffs could begin Thursday as Congress fails to come up with a new relief package

She said a passenger gave her a note after the flight thanking her for sharing her story.

Lawson’s last flight was from Dallas to Charlotte, North Carolina, on Monday. She decided not to address flyers during the trip.

“I didn’t want the passengers to feel bad for it because they didn’t do anything,” she said. “But myself, I teared up quite a few times. Because whenever you think about it a little bit, you know that your dream’s ending.”

“Going to work was always an exciting adventure for me,” Elli Kallinicou, 29, another American flight attendant, told USA TODAY. “So I’m already missing that, but I’m hopeful that we’ll all be back very soon.”

Dear American, It’s been lovely representing you in the skies. I’ll be eagerly waiting for the call to return to doing what I love. Until then, stay safe and healthy everyone! Take care of each other and hopefully see you at 32,000 ft realllll soon & if any fellow furlough-ees need a friend or someone to talk to, have a glass of wine with (or 5) or just anything at all—please message me🤍 #lastday #furloughed #flightattendantlife #cabincrew #aastews #americanairlines #aviation #travel #Boeing #covid #sheisnotlost #femmetravel #dametraveler #sonyalpha #chicago #ohare

American CEO Doug Parker said that if Washington comes up with a deal providing $25 billion for airlines “over the next few days,” the company will reverse 19,000 furloughs and recall the workers.

United said the impasse forced it to furlough 13,000 workers. United said it told leaders in the Trump administration and Congress that if payroll aid is approved in the next few days, it could undo the furloughs.

A prohibition on layoffs – a condition of an earlier round of federal aid – expired Thursday.

“The clock is ticking, and time is quickly running out for Congress to extend the effective and successful Payroll Support Program that has kept critical front-line airline employees on the job and off unemployment,” Nicholas Calio, CEO of trade group Airlines for America, said in a statement Tuesday.

Airlines collectively lose $5 billion a month because of the lack of customers during the coronavirus pandemic, Calio said. This year, Congress granted airlines about $50 billion in relief, half of which went to pay worker salaries.

Treasury Secretary Steven Mnuchin said Wednesday night that the administration wants to help hotels, airlines and schools. He said he was talking with House Speaker Nancy Pelosi, D-Calif., but hinted that the White House doesn’t want to go above $1.5 trillion – $700 million below the House Democrats’ figure.

“I don’t think we’re going to make significant progress” until Thursday, he said on Fox Business.

Despite all the industry’s chaos, Lawson has high hopes for her future: She plans to go to flight school to become a pilot.

Kallinicou is looking for a nanny position in her area and plans to stay in Chicago until she’s recalled.

Ross is hopeful, too. She told USA TODAY: “I realize it may take years to get the airline industry back to what it was. When that glorious day comes, I hope I can still fit (into) my uniform! When the time comes, I will gladly pin my wings on again and come back to work with a very grateful heart.”

‘I don’t have a Plan B’: Airline workers brace for mass layoffs

Noted: As American, United, other airlines roll out passenger testing for COVID-19, here’s what you need to know

Fact check: Yes, Joe Biden took a knee in Miami. No, it wasn’t during the national anthem.